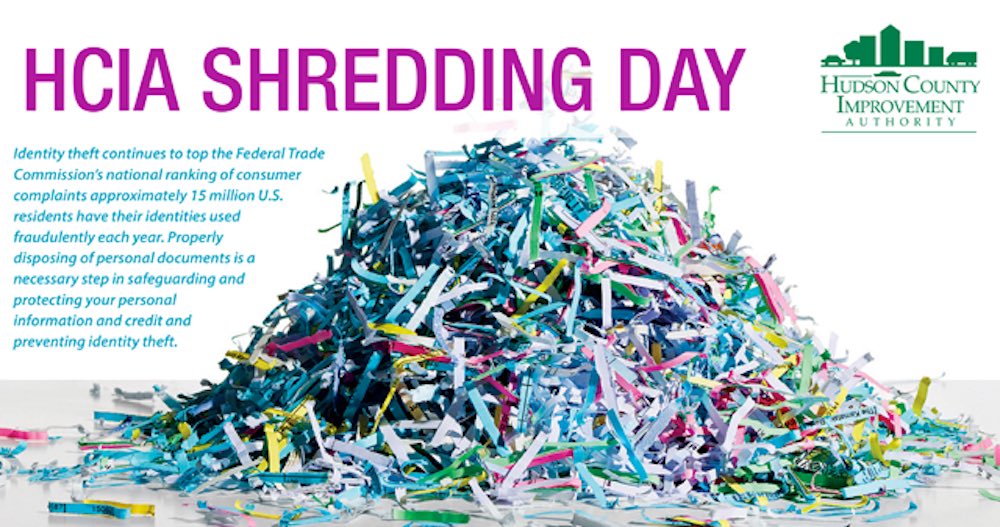 JERSEY CITY, N.J. — Hudson County Improvement Authority (HCIA) has recently completed another successful series of free Mobile Shredding events which has seen significant increases in attendance in almost all towns.
While a combined 388 residents attended HCIA shredding events in 2010, that number has steadily risen, year by year, to 2,838 in 2018. Jersey City saw its number nearly double – from 421 to 836 – this year, while Secaucus’ increased from 382 to 537. Union City, which did not host Spring shredding events, more than doubled its number of Fall attendees from 53 to 112. West New York, which held a shredding event in Spring and not Fall, saw its number of attendees nearly triple from 41 to 117.
“The word is spreading about our shredding days and more and more people are turning out for them,” said HCIA Chief Executive Officer Norman Guerra. “It’s a quick and easy process and it’s offered at no cost to Hudson County residents.”
“These events are tremendously useful for residents wanting to rid their homes of items causing unneeded clutter and more importantly, safely dispose of confidential and sensitive information,” said County Executive Tom DeGise. “While I am thrilled, I am not surprised the popularity of these mobile shredding days has taken off and I look forward to them continuing to grow in the future.”
A total of six shredding days were held in Hudson County this fall in North Bergen, Harrison, Bayonne, Union City, Jersey City and Secaucus.
Multiple shredding events are scheduled for spring throughout Hudson County, starting with North Bergen’s Braddock Park on March 16.