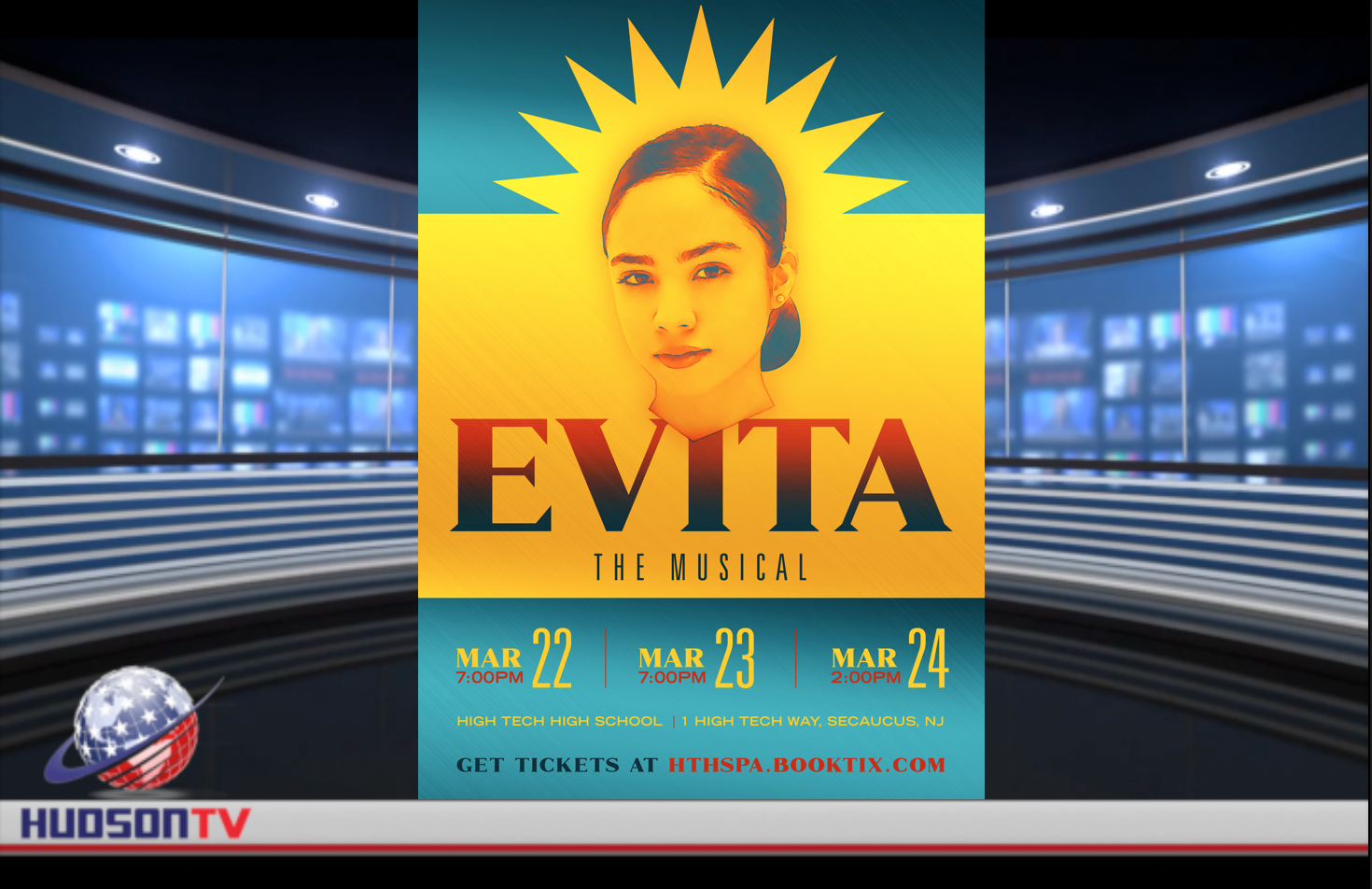 SECAUCUS, N.J. — The High Tech High School Musical Theatre Program will perform the epic Andrew Lloyd Webber and Tim Rice musical EVITA in the brand new Main Stage Theater at the Frank J. Gargiulo Campus. Performances will be held on March 22 and 23 at 7:00 p.m. and on Sunday, March 24 at 2:00 p.m. This will be the first performance in the theater since the campus opened in September.

Set in Buenos Aires between 1934 and 1952, the Tony Award winning musical, EVITA, charts the rags-to-riches rise of Eva Peron, wife of former Argentine dictator Juan Peron, from her humble beginnings through to the extraordinary wealth, power and status which ultimately led her to be heralded as the “spiritual leader of the nation” by the Argentine people. For decades, EVITA’s fairy tale love story coupled with the tragic hand of fate has thrilled theatre-lovers all over the world.

High Tech High School’s rendition of the play is directed by John Zisa and musically directed by Rod Shepard and stars both musical theatre majors and a live band of music and audio tech majors.

“Very few high schools attempt to produce EVITA because of its incredibly vocally demanding score and the complexity of the characters and story line involved,” said Zisa. “But I couldn’t be more proud of all of the students involved, from the cast, to the band, to the student crew, for taking on such a challenging piece and truly rising to the occasion with their work on it. I think audiences will be quite impressed with the level of talent and professionalism on the stage.”

Tickets are $15 and can be purchased online here. The Frank J. Gargiulo Campus is located at One High Tech Way in Secaucus.

For additional information contact Caitlin Mota at 201-737-5832 or cmota@vmmi.net