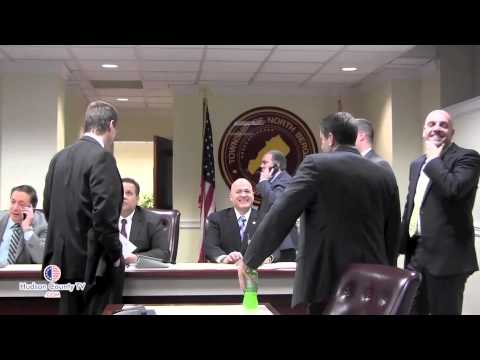 It was supposed to be the blizzard of the century, dumping record snowfall, but predictions by the National Weather Service and other meteorologists were much less than the reality. Still, North Bergen… hit with 8.3 inches braced for the worst.

“I saw an administration almost lose office when they took a storm lightly,” says Mayor Nicholas Sacco. “And before you know it there’s like three feet of snow and they were so behind it the streets stayed bad for weeks.

“It’s better to be safe than sorry.”

The meetings started the day before right there in the chamber with about 26 people.

“So we would plan exactly how to attack the snow,” Sacco says.

According to the mayor, if they were going to get eight inches they would prepare for eight inches but the NWS said to be prepared for 24 inches, so they were.

“We only went by what they were telling us and they were wrong,” he says.