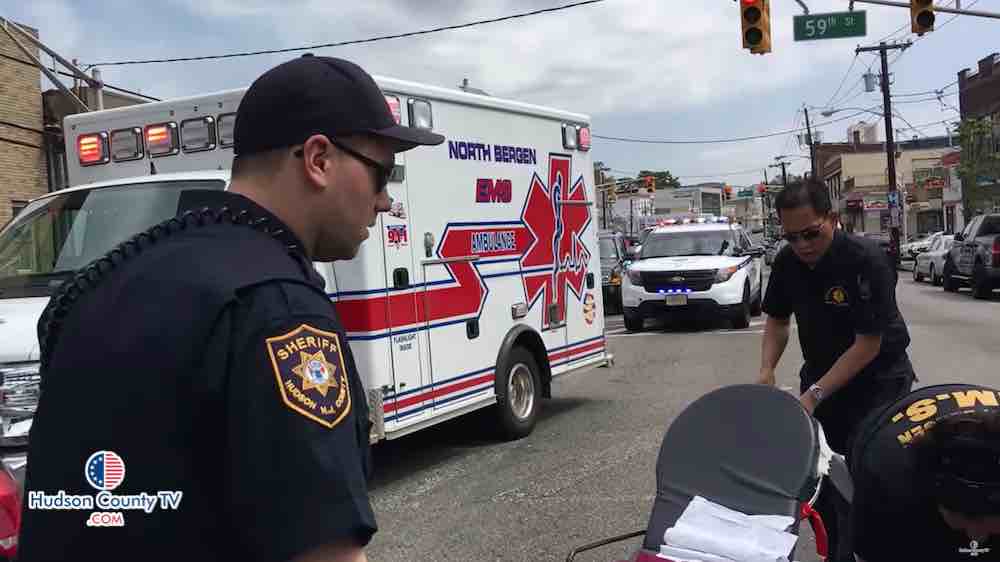 On Friday, October 21, 2016 Hudson County and city officials, State Police Traffic Office representatives and health care professionals met at the Juneau Center in Kearny to discuss ‘Slow Down, Save Lives’ in light of the recent increase in pedestrian fatalities in Hudson County, particularly on Kennedy Boulevard.

Police will also be using additional Message Boards with Speed Displays in specific locations up and down the Boulevard to slow drivers. Pedestrians breaking the law should also expect to be ticketed.

In April 2016, in an effort to decrease fatalities, Prosecutor Suarez initiated ‘Slow Down, Save Lives.’ During the spring and summer months, the main objective was to increase enforcement of roadway and pedestrian safety laws. Throughout the last six months, various law enforcement agencies have been working in conjunction with the Prosecutor’s office to monitor the enforcement initiative.

Due to recent events, Prosecutor Suarez felt that it was imperative to have additional discussions and called a meeting of law enforcement officials from throughout the county, while also inviting elected officials and health care trauma professionals. Even though the focus of the meeting was on enforcement, multi-dimensional solutions were discussed involving both education and engineering.

“We must, as leaders in Hudson County, develop a stronger plan to address a problem that has reached alarming numbers, said Prosecutor Suarez. “Our future plans must include educational programs and our enforcement efforts must address pedestrians as well as drivers. Our traffic laws are designed by professionals to keep people safe and we will not tolerate the blatant disregard of our laws and human life.”

In addition to enforcement of traffic and pedestrian laws, solutions that were discussed included: pedestrian safety educational programs, enhancing the visibility of crosswalks, painting curbs and roadways at all corners, trimming trees and bushes, increasing lighting, changing nighttime traffic light patterns, adding speed limit signage, additional human resources in the form of traffic and parking officers, and identifying a funding stream for all programs that were discussed.

This group will meet again in two-weeks and Prosecutor Suarez said she will continue to meet regularly with the Police Chiefs to fully monitor enforcement efforts and to implement several of the additional plans that were discussed.