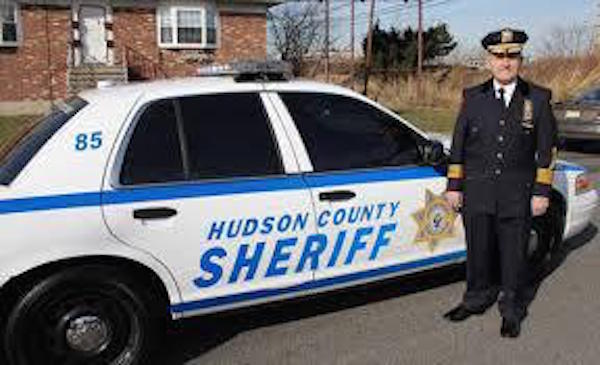 JERSEY CITY, NJ – The Hudson County Sheriff’s Office conducted a series of roving patrols through the weekend and into the beginning of this week which lead to a series of arrests throughout the county.

“My officers and I are committed to serve and protect the residents of Hudson County,” said Hudson County Sheriff Frank Schillari. “These roving patrols are beneficial to maintain our communities safe and to show those individuals that break the law that they will be caught and brought to justice.”

On Saturday, August 13, Hudson County Sheriff’s Officers arrested Raul Monroy of Union City after he was pulled over for traveling at a high rate of speed in the area of Kennedy Blvd., and 74th St., in North Bergen. Sheriff’s Officers administered a field sobriety test and it was later determined that the driver had a BAC of .18%. Mr. Monroy was charged with Driving While Intoxicated, Careless Driving and Driving with an Expired License.

Also on Saturday, after receiving a Be On The Lookout (BOLO) alert for a stolen vehicle, Sheriff’s Officers pulled over a vehicle in the area of Culver Ave., and Kennedy Blvd., Jersey City matching the description of the alert. After confirming the vehicle was stolen, Sheriff’s Officers arrested the driver, Isaac Martillo, of Jersey City and charged him with Receiving Stolen Property. One of the passengers of the vehicle, Alejandro Rodriguez, of Jersey City, had an active criminal warrant out of Essex County and was transported and turned over to the Essex County Jail.

On Sunday, August 14, Sheriff’s Officers stopped a vehicle driving carelessly in the area of Bleeker St., and Kennedy Blvd., in Jersey City. The driver, Gaston Gonzalez of Jersey City was administered a field sobriety test, which concluded he was intoxicated. Mr. Gonzalez had a .18% BAC and was issued summonses for Careless Driving, Open Alcohol Container in a Motor Vehicle, Unlicensed Driver and DWI.

On Monday, August 15, a Sheriff’s Officer approached an individual, later identified as Vincent Salerno of Jersey City, acting in a suspicious manner in front of the Central Avenue entrance to the Hudson County Administration Building in Jersey City. When the Sheriff’s Officer asked Mr. Salerno for identification, he opened up his bag and the officer observed what he determined to be two bundles of suspected heroin, it was later confirmed the two bundles contained 15 bags of heroin. Mr. Salerno was placed under arrest and charged with Possession of a Controlled Dangerous Substance (CDS), Possession of CDS with the Intent to Distribute within 1,000 ft., of a School and Possession of a CDS with the Intent to Distribute. Mr. Salerno had two warrants out for his arrest, one out of Green Township for theft and one out of Bernardville for failure to show up for a warrant.