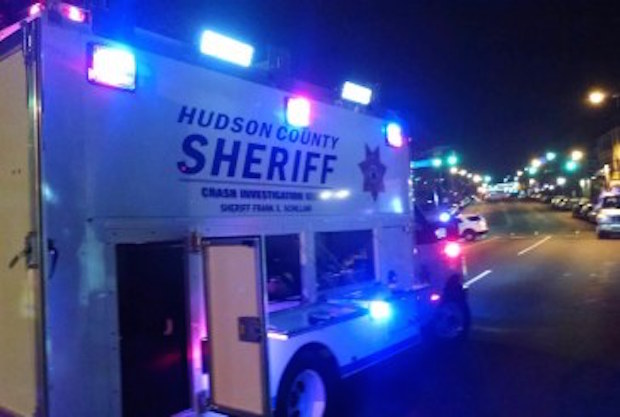 JERSEY CITY, NJ — Between May 23 and June 5, 2016, officers of the Hudson County Sheriff’s Office were out in full force to remind drivers and passengers to Click It or Ticket. The Sheriff’s Office, which participated in the National Highway Traffic Safety Administration (NHTSA) Click it or Ticket enforcement campaign, issued 130 citations for seat belt violations and 1 for an unrestrained child.

“I am proud of the work my officers accomplished this week — seat belts save lives and we helped to ensure people were wearing them.” said Hudson County Sheriff Frank Schillari. “Clicking your seatbelt is one of the easiest ways to ensure you stay safe if you’re involved in a motor vehicle crash. Those who didn’t buckle up were ticketed, and hopefully they’ll realize that we do this to remind them that we care about their safety.”

“My officers understand the gravity of the situation,” Schillari said “As such, we approached seat belt violators with a zero-tolerance mentality. But, we would rather people wear their seatbelts than issue summonses” He added.

In addition to the seatbelt summonses, the Sheriff’s Office issued the following summonses during the campaign: Speeding – 78, Cell Phone – 10, Suspended Driver – 17, Unlicensed Driver – 17, Careless Driving – 18, Unregistered Vehicles – 14, Uninsured Vehicles – 6. The Sheriff’s Office also made 99 arrests, including three people who were driving under the influence.

Sheriff Schillari added “If anyone wants more information on the Click It or Ticket campaign, please visit www.nhtsa.gov/ciot or contact my Traffic Safety Bureau at 201-915-1300 ext:7050.”