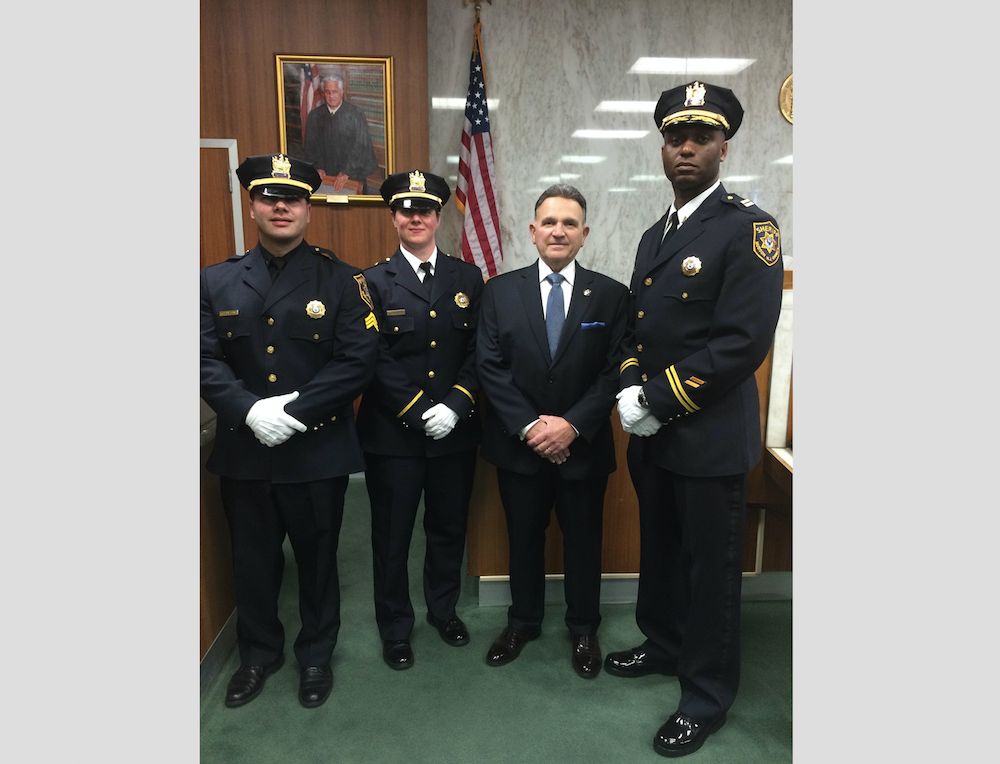 “These Officers have done an exceptional job and demonstrated the leadership capabilities to be promoted,” said Hudson County Sheriff Frank Schillari. “In their new leadership roles these individuals will continue to serve and protect Hudson County residents with distinguished pride and honor.”

The Officers Promoted were the following: