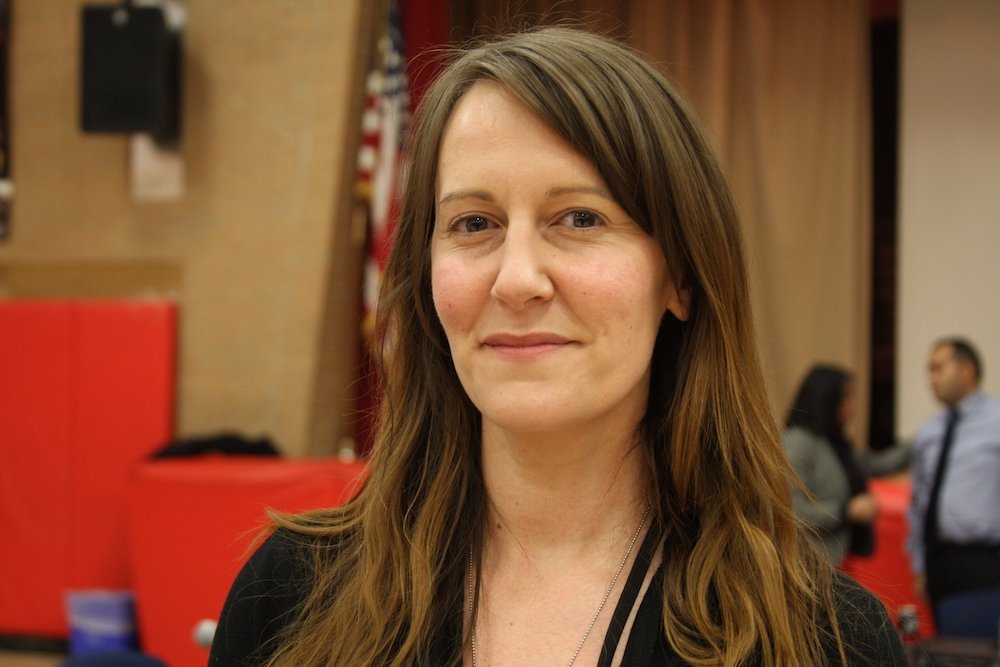 JERSEY CITY, NJ — Hudson County Democratic Organization Chairwoman Amy DeGise will be leaving her elected position on the Jersey City Board of Education effective February 1, 2018. Chairwoman DeGise is voluntarily stepping down from the Board in order to devote more time to successful efforts to build the party and to ensure that the residents and students of Jersey City are represented by a Board trustee whose full attention can be given to the challenges facing the district. The move comes after Chairwoman DeGise and the HCDO delivered a massive turnout in the November election, helping propel U.S. Senator Bob Menendez to victory with an 85,000 vote plurality.

“As a teacher and an activist, serving on the Jersey City School Board has been one of the most fulfilling roles I have ever had and I will miss it tremendously,” said Chairwoman DeGise. “I’ll never stop being an advocate for Jersey City schools and students, but at this point I believe the district would be better served by a new trustee while I work to build on the success our Hudson County Democratic Organization had last year. My focus will be on developing new ways for Hudson residents to get involved in our party through caucuses and committees, with a goal of harnessing the unprecedented levels of activism and civic engagement we’re seeing into meaningful progressive change.”

DeGise was first appointed to an open seat on the school board in January 2017. She received the most votes of any candidate in that year’s November election, winning a full term on the board that expires next year. She was elected last June as Chairwoman, prevailing in a historic election as the first woman to ever be voted as leader of the Hudson County Democratic Organization.