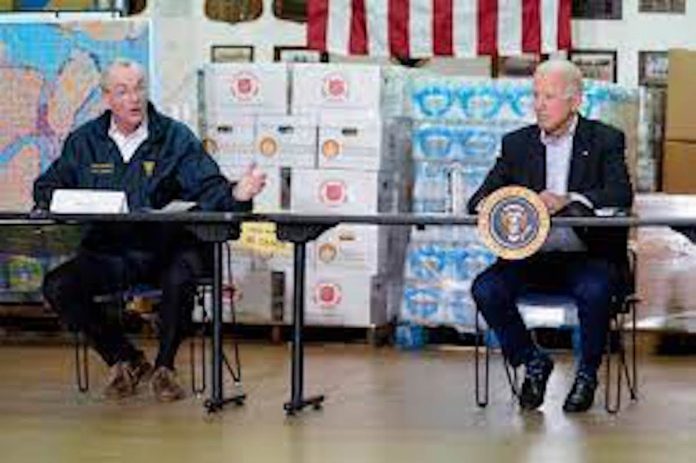 With Governor Phil Murphy hosting President Joe Biden this afternoon on a tour of Tropical Storm Ida damage in Millville, and FEMA officials on the ground in Hudson County both today and tomorrow touring municipalities which suffered major flooding damage from last week’s storm, it is hoped Hudson County will receive a designation of major disaster, which it did not receive over the weekend.  Such a designation will qualify Hudson municipalities for federal funds to make needed repairs, which likely will total in the millions of dollars.

FEMA officials have already visited Bayonne and Jersey City this morning, with Mayors Jimmy Davis and Steven Fulop, along with other local officials, hosting FEMA reps on tours of the hardest hit sections of their towns.

Hoboken, Secaucus, Union City and North Bergen also expect FEMA to visit, if they haven’t already done so today.  In the meantime, Mayors across the county encourage residents to fill the state portal to report damage to their properties.  You can register at nj.gov/ida.

NORTH BERGEN, N.J. — Mayor Nicholas J. Sacco and the Board of Commissioners are calling for North Bergen to immediately receive a Major Disaster Declaration from FEMA after the township was subjected to widespread flooding and significant property damage from the unprecedented rainfall caused by Hurricane Ida. Township officials are encouraging North Bergen residents to self-report damage sustained to their properties by using the state portal by clicking here.

“Hurricane Ida was an unprecedented extreme weather event that impacted North Bergen along with hundreds of other communities throughout the state and the country and it caused significant property damage, displaced people from their homes and even caused 27 deaths in the state,” said Mayor Sacco. “North Bergen was hit hard by this storm and our community must receive FEMA Major Disaster Declaration to make sure that residents and businesses who were impacted can get the help they need. While we work with Senator Menendez, Senator Booker and Congressman Sires to make sure North Bergen gets the help it needs, residents can help by reporting the damage to their homes using the state portal.”

Township officials expect to meet with representatives from FEMA in the coming days to survey damage from Hurricane Ida. The storm caused widespread flooding due to the unprecedented amount of rainfall, with nearly 11 inches of rain reported by the North Bergen DPW. This overwhelmed the stormwater sewer systems in numerous municipalities, with the amount of rainfall far exceeding their capacity and resulting in flooded homes and streets. The rainfall was the highest amount ever recorded in the area in a single hour, far eclipsing records from previous extreme weather events like Hurricanes Sandy, Irene and Floyd.