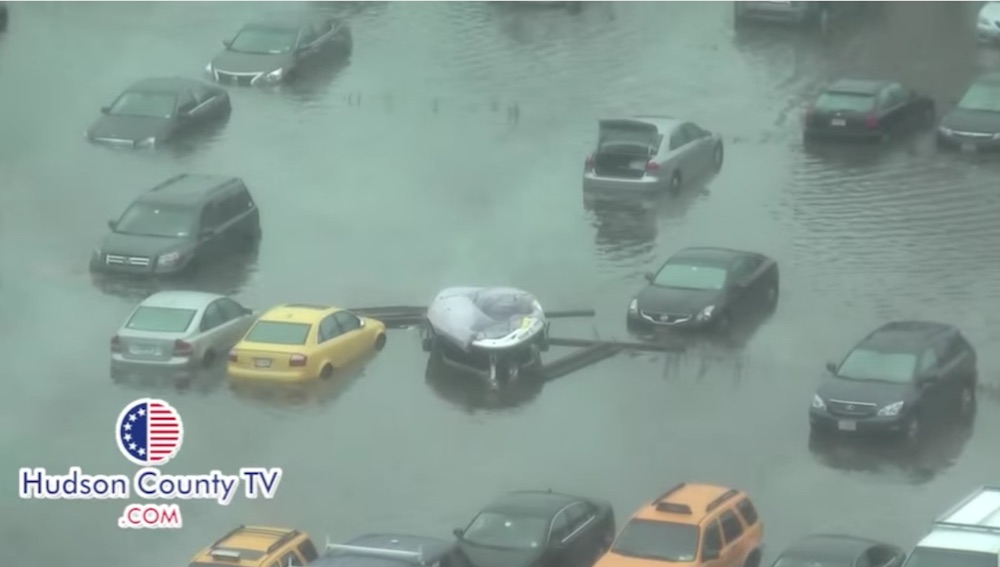 Low-lying areas of Northern New Jersey could be flooded during Tropical Storm Hermine to levels not seen since 2012’s Superstorm Sandy.

Hermine is predicted to stall off the mid-Atlantic coast and give the entire New York metro area a few days of high winds with gusts up to tropical storm (39 to 74 miles per hour) force, but only maybe one inch of rain between Saturday and Wednesday. However, the counterclockwise motion of the system will mean sustained winds for days from the northeast will push water from the Atlantic up rivers and over riverbanks.  A predicted two to four feet storm surge could affect Hudson River communities like Jersey City, Hoboken and Weehawken which all sustained flooding during Sandy. However, those sustained winds could push water up New York Harbor into Newark Bay and then up the Hackensack and Passaic Rivers, threatening Newark, Kearny, Secaucus, Belleville and any towns bordering the Meadowlands with flooding.