On Wednesday, July 3, 2019, shortly after 12:50 p.m., a motor vehicle collision occurred in the area of 30th Street and Palisade Avenue in Union City in which a Union City Department of Public Works garbage truck struck several vehicles before colliding with a protective barrier and ultimately crashing onto Route 495. 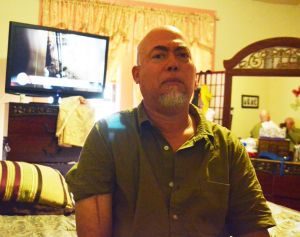 The garbage truck continued to travel east when it mounted a curb and traveled across a median where it struck several flower posts, a traffic light pole and a large decorative clock.

The garbage truck continued to travel across Palisade Avenue when it mounted a second curb before striking fencing. It then fell several feet onto Route 495 west. Debris from the upper level collision struck a Bolt bus and a Volkswagen GTI which were both traveling on Route 495.

There were a total of twelve individuals involved in this incident who were transported by Emergency Medical Services to area hospitals to be treated for their injuries.

The subsequent investigation and crash reconstruction by the Hudson County Regional Collision Investigation Unit has revealed that the primary cause of the collision was driver error and that the driver, Diaz, applied pressure to the accelerator pedal instead of the brake pedal.

The Ridgefield Police Department has issued the following advisory with regard to the closing of Edgewater Avenue this week: […]
View on Facebook
·Share

UPDATE - Arrest made in shooting outside of Bayonne City Hall on Sunday morning. ... See MoreSee Less

The Town of Guttenberg has announced that Waterfront Park Playground and Veteran’s Park Playground & Splashpad will both open starting tomorrow, Monday, July 6th. The Guttenberg Police Department says the public’s safety remains the town’s highest priority. The parks and playgrounds will be un...
View on Facebook
·Share

it’s 68-72nd then kennedy - blvd east ... it’s literally 4x6 blocks why does that town even exist. Talk about government redundancies ... west new york needs to swallow that up collect some of that tax money from blvd east and clean up the town. It’s so obvious it was designed for the rich assholes at the galaxy.

Guttenberg is only 2 blocks now....when my mom lived there it was 3 blocks

How does a small town like that have 2 parks lol

“BFD is operating at a structure fire on JFK Blvd and 17th Street. Please avoid this area.”
View on Facebook
·Share

“Hospitals around New Jersey are experiencing critically low blood supplies! If you’re able, consider reaching out to your local blood bank and setting up an appointment to donate this week. One donation can save up to three lives!”
View on Facebook
·Share