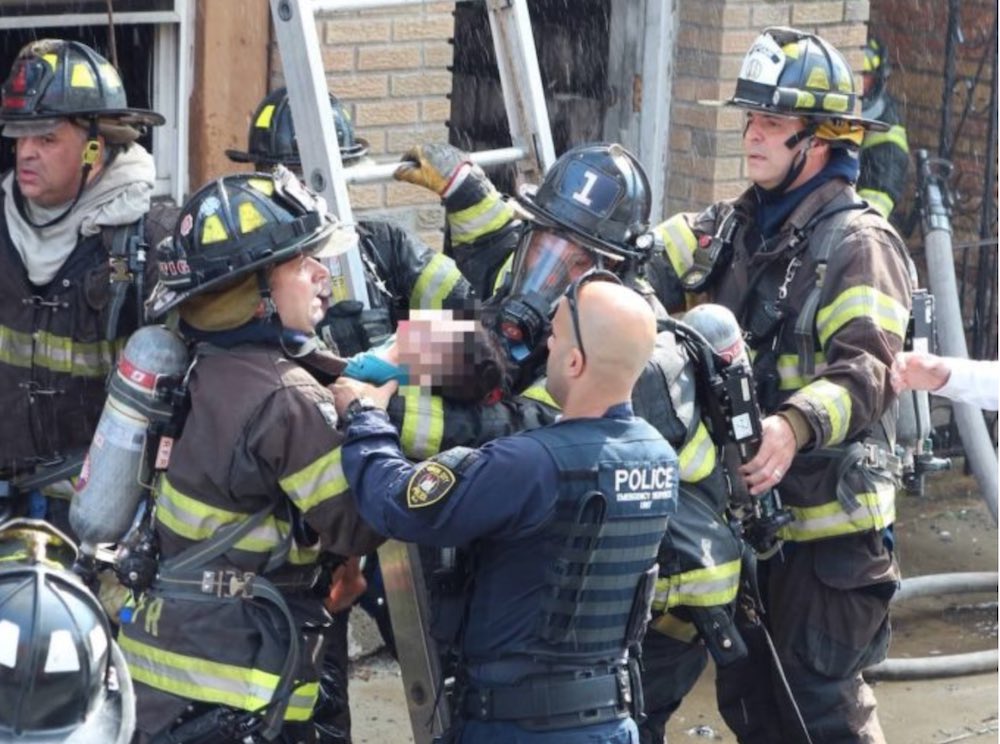 On Friday, July 13, 2018, a fire occurred at 416 25th Street in Union City that injured seven people, including the deaths of five children. The investigation into the origin and cause of the fire has revealed that the Origin of the fire was in a multi-purpose room in Apartment 1 located on the first floor of the residential building and the Cause of the fire was due to an electrical failure of a powerstrip which was located in a multi-purpose room in Apartment 1. The fire has been ruled an Accident by investigators.

A report issued by the Bureau of Alcohol, Tobacco, Firearms and Explosives on September 25, 2018, concluded that the melting in a powerstrip located in Apartment 1 is consistent with electrical failure, and sparks ejected from the powerstrip may have ignited combustible materials in the vicinity.

“This heartbreaking fire has been very traumatic for Union City as well as the entire Hudson County community,” said Prosecutor Esther Suarez. “Our Investigative Units, along with the help of our local, state and federal partners have worked diligently to provide a thorough investigation and possibly some closure for the community as to what caused this tragic fire.”

On July 13, shortly before 9:00 a.m., officials in Union City received a report of a fire on 25th Street in Union City. First responders found that there were victims trapped in the three-story residence at 416 25th Street. Rescue efforts were made as firefighters from North Hudson Regional Fire & Rescue, the Jersey City Fire Department and the Hoboken Fire Department fought the blaze.

In addition to the five fatalities and two injured victims, eight firefighters were transported by Emergency Medical Services to area hospitals where they were treated for various injuries.

The names and ages of the children that died as a result of the fire are: Mayli Wood, age 5; Jason Gonzalez, age 2; Christian Josue Mendez, age 7; Jose Felipe Tejada, age 13; and Shamira Lopez, age 4.