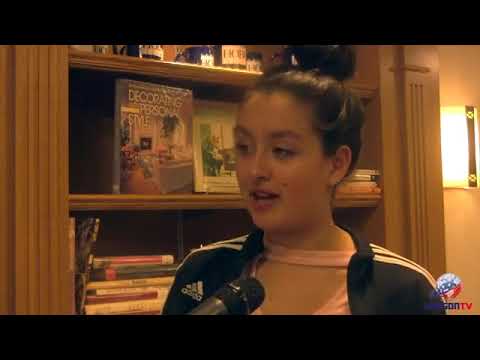 Filmmaker Frank Gigante has single-handedly turned bullying into his mission to save lives.    In “Alone with the Darkness,” his new fiction – the Hoboken native explores the role adults and educators have in this fight to make sure no child has to suffer.

He first explored the effect bullying has on children in “Breaking the Silence,” and now that film has turned into the Broken Silence Movement.

“In elementary school it was really bad to the point where I would fake being sick so I wouldn’t have to go to school,” says actress Kate Tesoriero, a bullying survivor.

And actress Gabriella Velez says she was bullied in third, fourth, fifth and sixth grades.

According to actress Irina Tesoriero, Kate’s mother — her daughter’s unimaginable pain started in first grade and went on for four years.

“Years we thought should have been filled with Suess and playgrounds were horrific for our family,” Irina says.

Gigante says we need to look a little deeper because sometimes there’s so much more going on.

“That extra little step that someone could take could help save a life,” the filmmaker says.

And it’s critical for us to have awareness and compassion, Mayor Ravi Bhalla says.

It got to the point where Gabriella’s bullies wanted to physically fight her for no apparent reason.

“Affecting with not only me but with my teachers constantly pulling me out of classes,” the young actress says.

“Arranged my schedule around the bullies so that I don’t interfere with them or they don’t interact with me,” she says.

Nowadays bullying is a lot more serious because of the advent of social media.

“It spreads so much quicker where kids just are so overwhelmed by it. I think that’s something important that we have to touch.”

Pay close attention to your kids because things are not always what they seem.

The mayor says parents, teachers, administrators — to all be aware of what could be happening in a child’s mind, in their psyche.

Irina says she knows the system doesn’t work so it was more important to take this negative and make a positive out of it.

“Listen to your children and if you honestly feel something’s wrong — it probably is.

“I mean bullying can kill just as bad as drugs or any gun,” Tesoriero says.