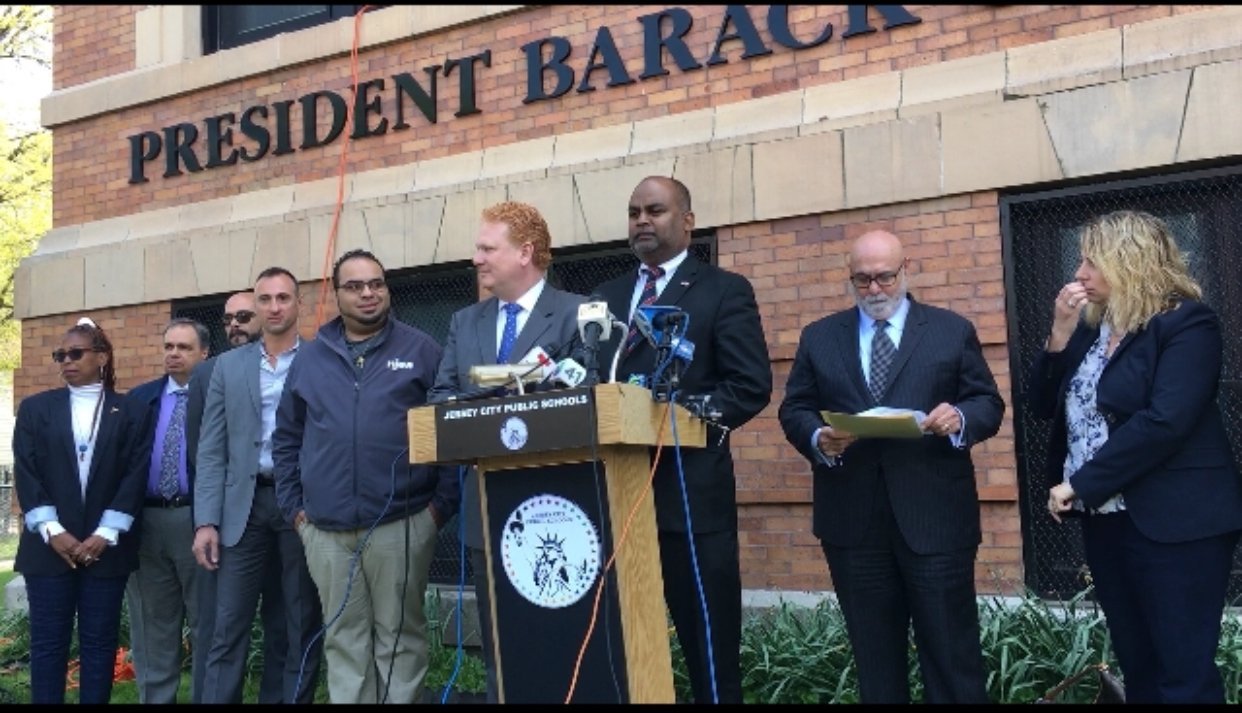 $150 million in Projected Education Cuts over Next Five Years

(Jersey City) On the green front lawn of President Barack Obama Elementary School on Jersey City’s south side, Jersey City Board of Education President Sudhan Thomas held a press conference to announce a lawsuit seeking to overturn $27 million in education cuts by the State.  The lawsuit was filed this morning in Hudson County Superior Court.

Sudhan told the gathered crowd that $27 million in cuts in education aid in the 2019-2020 school year would lead to permanent, irreparable harm for thousands of school children. The loss of aid would also lead to as many as 410 teacher layoffs and instruction support staff. Over the next five years, a total of $180 million in projected cuts could lead to the elimination of extra-curricular activities like sports and other after-school programs, and the closure and consolidation of several schools. The result: classroom overcrowding and irreparable negative effects on students and their families.

Joining in the press conference were Acting School Superintendent Franklin Walker, school administrators, and lead attorney for the Jersey City School District Angelo J. Genova, Esq. who said: “This litigation is about the state’s failure to provide a thorough and efficient education to the students of Jersey City due to the decades-long draught of funding and unconstitutional application of the law. These cuts, in a district whose resources are already below what SFRA modeled is necessary for a thorough and efficient education, will lead the district further away from adequacy, causing immediate and irreparable injuries to Jersey City’s students.”

The mother of a 9 year-old Jersey City student, Shanna C. Givens, is Co-Plaintiff in the lawsuit. She said, “New Jersey’s constitution says that all students are guaranteed a thorough and efficient education, but that can’t happen if our school district is eviscerated by these cuts.”