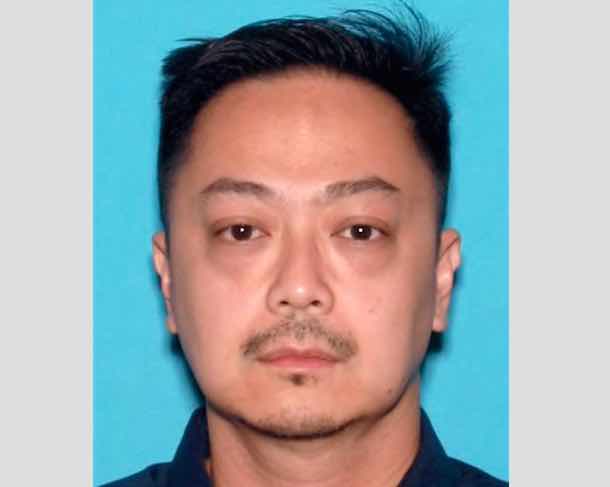 TRENTON –Attorney General Christopher S. Porrino announced that a lawyer whose law office is in Millburn, N.J., was arrested today on charges that he used anonymous Twitter accounts to distribute and receive child pornography, creating and accessing those accounts from the law firm.

Michael Jimenez, 43, was arrested early this morning at his residence on Ogden Avenue in Jersey City. Also this morning, the New Jersey State Police and the Division of Criminal Justice executed search warrants at both his residence and the law office where he works on Millburn Avenue in Millburn, seizing computers and other potential evidence. A preview of electronic devices seized from his home revealed more than 100 files of child pornography. Jimenez is admitted to practice law in New York, not New Jersey, but he practices from the office in Millburn.

Jimenez was charged as the result of an investigation by the New Jersey State Police Digital Technology Investigations Unit (DTIU), the Division of Criminal Justice Financial & Computer Crimes Bureau, and other members of the New Jersey Internet Crimes Against Children (ICAC) Task Force. The investigation began after the New Jersey State Police received tips from the National Center for Missing and Exploited Children about three Twitter accounts that allegedly were used to upload and distribute images of child pornography. The state’s investigation revealed that those Twitter accounts allegedly were created using an IP address linked to Jimenez at the law office in Millburn. The accounts allegedly were repeatedly accessed from the IP address at the law firm as well as IP addresses associated with two recent residences of Jimenez in Jersey City, including his current residence.

It is alleged that Jimenez created the three Twitter accounts in succession, opening a new account each time Twitter closed down an account. Twitter ultimately closed all three accounts because of the alleged distribution of illicit images. It is alleged that Jimenez used the accounts to receive and distribute child pornography. Jimenez allegedly tweeted multiple images of child pornography, including images of prepubescent children engaging in sexual acts. Jimenez allegedly had more than 800 followers on Twitter who received the child pornography he distributed. He allegedly had his Twitter account set to only accept followers who also were actively posting similar images.

“These offenders come from all walks of life, and holding a prestigious job, even one in the legal field, is no guarantee that someone is not trafficking in this filth,” said Director Elie Honig of the Division of Criminal Justice. “By allegedly using social media to distribute child pornography, Jimenez put himself in the lowest ranks of society.”

“Despite the shutdown of his social media accounts, Jimenez was not deterred from sharing and distributing this sordid filth,” said Colonel Rick Fuentes, Superintendent of the New Jersey State Police. “In a collaborative effort between the State Police Digital Technology Investigations Unit, the Division of Criminal Justice and the New Jersey Internet Crimes Against Children Task Force, another child pornography participant will be forced to face the consequences of his despicable actions.”

Deputy Attorney General John Nicodemo is assigned to prosecute the case for the Division of Criminal Justice Financial & Computer Crimes Bureau. Attorney General Porrino commended the detectives who investigated the case for the New Jersey State Police Digital Technology Investigations Unit, as well as the other members of the New Jersey Internet Crimes Against Children Task Force who assisted.

The charges are merely accusations and the defendant is presumed innocent until proven guilty. Because the charges are indictable offenses, they will be presented to a grand jury for potential indictment.

Attorney General Porrino and Director Honig urged anyone with information about the distribution of child pornography on the Internet – or about suspected improper contact by unknown persons communicating with children via the Internet or possible exploitation or sexual abuse of children – to contact the New Jersey Internet Crimes Against Children Task Force Tipline at 888-648-6007.