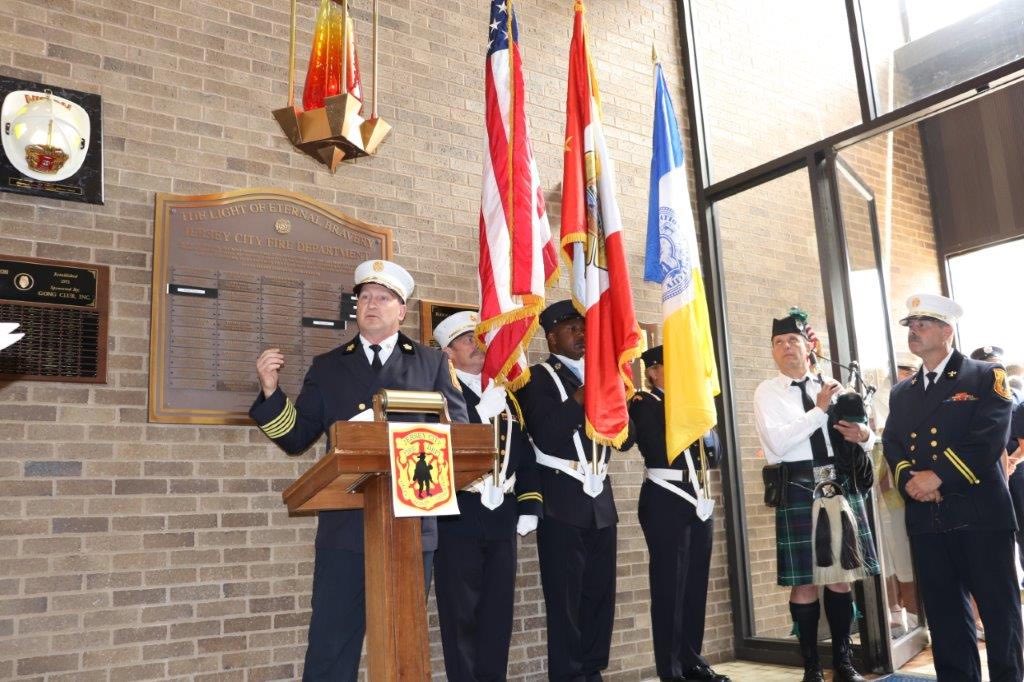 The lobby of Fire Headquarters has several plaques honoring those that have served.  This year, several names were added to “The Light of Eternal Bravery” plaque for their supreme sacrifice.  A plaque honoring volunteer firefighters that died-in-the-line-of-duty, before the career department was established, was also unveiled.

Battalion Chief Glenn Youncofski told the assembly that he was honored to be selected to conduct the ceremony.  Father James Pagnotta offered the invocation and closing prayer.  Chief Mc Gill welcomed all that were able to attend.

As the names of the hero’s were mentioned, a bell rang, and a member of the family removed the tape covering their loved one’s name on the plaque.  Several names were also uncovered after research that were not listed, and that was corrected, as their names were also added.

The late Ira Rubin, who was a fire dispatcher, historian and Gong Club member, was also honored.  His Last Call was March 3, 2014.  Father Pagnotta had special words for his friend who loved the FDJC and its history.  Rubin spent many hours researching the department’s history and locating the names of those who died-in-the-line-of-duty.  Pagnotta said Ira is looking down, with his cigar, proud that the department located the names of additional fallen members so that they could be honored, today.