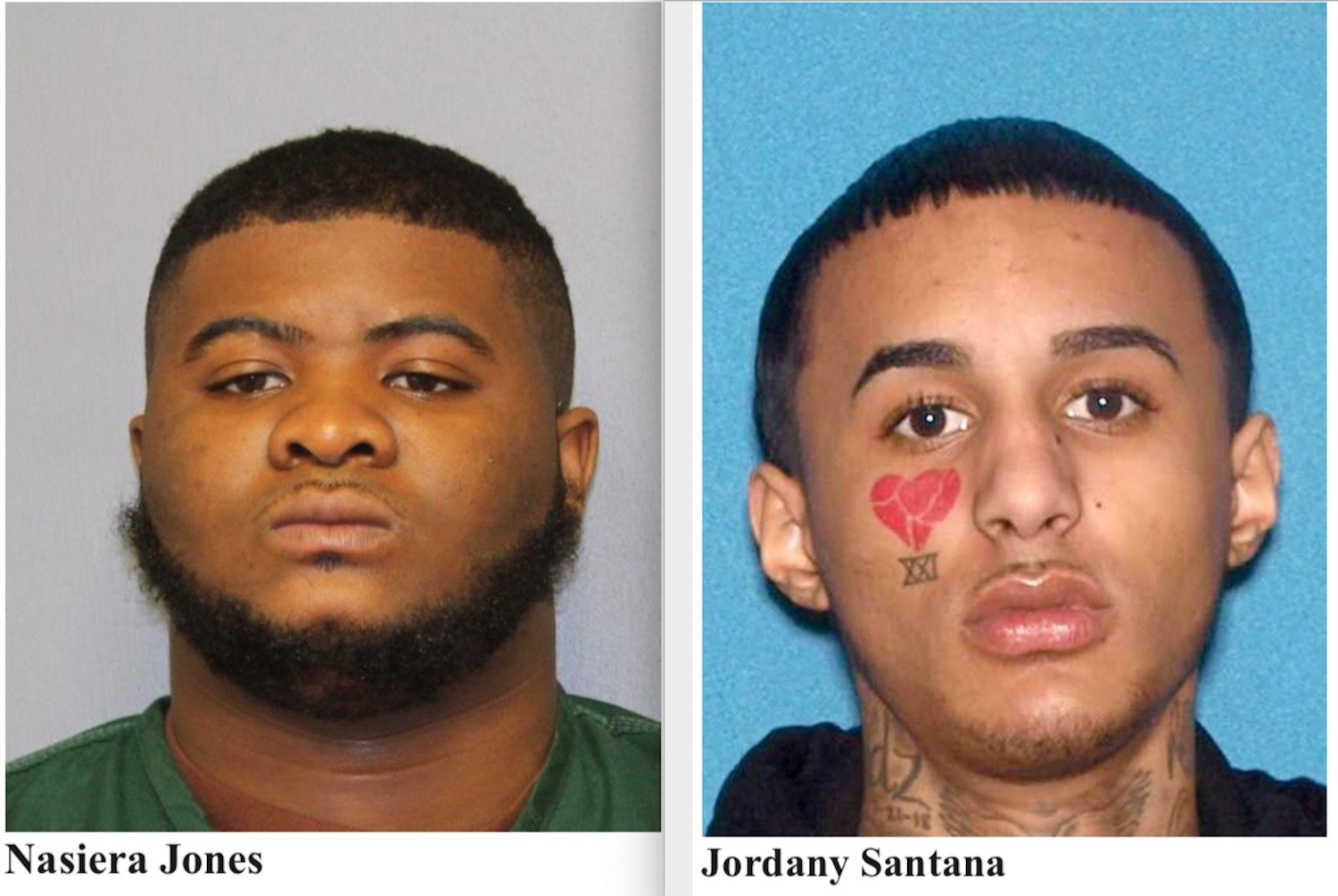 Passaic County Prosecutor Camelia M. Valdes and Paterson Police Chief Troy Oswald announce that Nasiera Jones was charged on October 22, 2019 in connection to the homicide that took place on August 22, 2019 in the area of 125 Presidential Boulevard in Paterson. Jones is currently being held in the Passaic County Jail pending the disposition of unrelated matters. Jones is charged with Murder, first degree; two counts of Attempted Murder, first degree; three counts of Possession of a Weapon for an Unlawful Purpose, second degree; Unlawful Possession of a Weapon, Second degree; Conspiracy to Commit Murder, first degree; and Certain Persons not to Possess Firearms, second degree.

On August 22, 2019, at approximately 7:01 p.m., police officers responded to the area of 125 Presidential Boulevard in the City of Paterson in response to a report of shots fired. Upon their arrival, the officers discovered three victims in the area outside of 125 Presidential Boulevard, 38 year old Santos Lantigua from Jersey City, 19 year old Shadire Scott from Paterson, and 25 year old Xavier McCray from Paterson. All three men had suffered gunshot wounds, and they were transported to St. Joseph’s University Medical Center for treatment. Scott was treated and released from the hospital, Lantigua was admitted in stable condition and later released, however McCray died from his wounds and was pronounced deceased at 9:02 p.m. The investigation revealed that Jones was a passenger in a vehicle being driven by his co-defendant Jordany Santana, and while driving past a crowd of people on Presidential Boulevard opened fire on the crowd. They drove a short distance away where they abandoned the vehicle and used a second vehicle to escape from the area. Santana was previously charged with the same offenses for this incident on August 27, 2019 and is currently detained at the Passaic County Jail pending the presentation of the charges to the Grand Jury.

The State has filed a motion for pretrial detention regarding Mr. Jones which is scheduled to be heard on Tuesday, October 29, 2019 before the Honorable Donna Gallucio, J.S.C. at 9:00 a.m.