A man was robbed of his phone at gunpoint on Park Street in the early morning hours Monday. 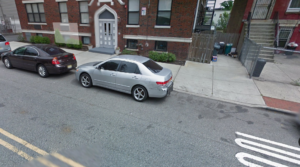 Andy Dumay told officers that a black-skinned male wearing a black hoodie and blue jeans approached him in front of his residence demanding his iPhone and password. The offender then pulled out a gun.

The 20-year-old turned over the phone and the armed robber told him to walk down Park Street and not to look back.

The suspect then fled on Park towards Communipaw Avenue.

Officers canvassed the area but couldn’t find the suspect or any cameras that could have captured his image.

According to Dumay, he would be able to identify the man.

The victim was transported to the South district, where he met with detectives.