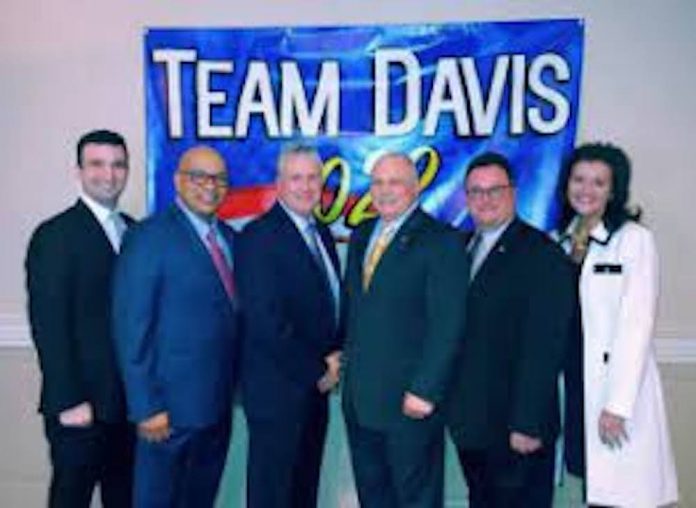 The people of Bayonne have spoken, and in the end, Mayor Jimmy Davis was re-elected to a third term, with his entire Council slate sweeping their way into office on Tuesday night, although the race for one of the two At-Large Council seats was extremely close.  Could a recount occur?  We’ll see.

Ashe-Nadrowski issued the following statement upon learning of tonight’s results: “The election remains too close to call. It’s important that we make sure everyone’s vote was and is counted. I had hoped for a higher turnout, but considering the negative campaign it doesn’t surprise me that some people stayed home or were too intimidated to actually cast their ballots. We’re looking forward to reviewing the remaining vote by mail and provisional ballots. Given the data we have collected, we think round two will take place on June 14th.”

In Ward 2, it appears the new Councilperson replacing Sal Gullace will be Davis running mate Jaqueline Weimmer, who held a 180 vote lead over Ashe-Nadrowski running mate George Vinc, 53.95% to 45.82%.

In Ward 3, incumbent Councilman Gary LaPelusa blew away the competition, winning with 62% of the vote.

As for the At-Large races, Davis newcomer Loyad Booker received the most votes, 4.076, or 25.05%.  The second At-Large seat saw incumbent Davis running mate Juan Perez narrowly holding off candidate Jodi Casais, 20.66% to 19.99%.  The margin of victory was just 110 votes.