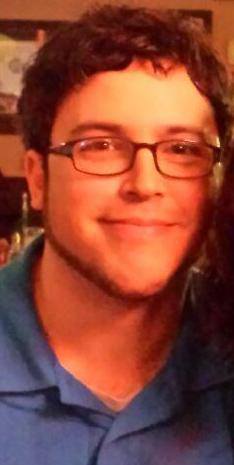 With the Federal Department of Education finally under management aware that public education and public schools are not synonymous terms, a national security leadership that takes the fascist movements within dar-al-Islam seriously, an immigration policy that isn’t de facto open borders, and a tax and regulatory policy that looks to free up job-creating capital, the USA is off to a good start with President Trump. Though not on Trumps personal agenda, the GOP majority Congress should push entitlement reform in order to shift as many people as possible from public assistance to personal independence. Whether by shrinking direct assistance programs while growing work-encouraging programs such as the Earned Income Credit, upping the retirement age and indexing Social Security to wealth while giving greater tax incentives for IRA’s, or encouraging Health Savings Accounts while giving individuals the same tax breaks that employers receive for purchasing healthcare, there are a plethora of positive steps and opportunities for Congress to take.

Across the country, right to work legislation has helped workers keep more of their paycheck and right to work states have seen middle class job growth. Federally owned land, 28% of the US, will most likely be opened up to sustainable development, and the EPA’s administrative expansion of the Clean Water Act claiming the right to regulate private property containing a new or existing watering hole or seasonal stream will be rolled back – good news for property rights and job growth.

Though some have warned of an economic correction, rising interest rates, and a federal debt that has been undercalculated, the economic forecast is positive. The inequality of the Obama Wall Street “recovery” that left behind main street America is unlikely to be addressed in its entirety immediately, but President Trump and the GOP have a unique opportunity to fulfill the Republican promise of small business deregulation and implementing wage increasing lower taxes. 8 plus years of progressive central planning has been embedded in the DNA of many federal and state institutions and the cronyism that made the capital region home to 5 of the top ten wealthiest counties is not evaporating overnight. However, just as states across the nation, including those once solidly progressive, were transformed red, so to might Trump and the Republican Congress transform the nation.

The era of job killing big government is coming to an end on the federal level as well as for many state governments – in NJ it can too. At the helm has been Governor Christie and a Democrat majority occupied State Assembly and Senate. Christie, who once paraded around the nation singing his own praises, has not redirected the trajectory but only slowed the speed at which the state is driving towards a cliff. Two terms of a Republican governor who did not work to get more Republicans to the legislature, does not a revolution make. Enabling machine democrats in exchange for minor victories which did not remove the obstacles preventing the citizens from unlocking their abilities and potential, does not make for a growing NJ Republican party.

Though Christie’s moment to make positive change both for NJ Republicans and the direction of the state has past, there is still time for the state GOP to provide the much-needed direction that will save the state and build the party. The first step is to select leaders who will bring outreach, engagement, and activism to the state party. That is why I am running for NJ GOP State Committee from Hudson County – as a grassroots conservative and smaller government activist I know how important candidate, citizen journalist, and activism training is. I know the importance of working with our local leaders on the ground in small government groups as well as the value of coalition building from the ground level up. The state GOP must build relationships across the political fault lines of divide and conquer Democrat politics, we must reach out to Jews, African-Americans, Hispanics, gays, women, new Americans, urban dwellers, and millennials. Not only will this relationship building and intellectual offensive set the Democrats on their back foot, but it will enable us to elect more Republicans to office, the second step we need in order to fix NJ for all our citizens.

From states that once led the Left to the GOP majorities in the House and Senate, from President Trump’s White House win to the 33 states with GOP Governors – across the nation there has been a Republican revolution. The residents and taxpayers of NJ should not be left out. Together we can change the state GOP and make it bring the message of job growing deregulation, affordable government, and higher real incomes to all New Jersey.

Joshua Sotomayor-Einstein is running for New Jersey Republican State Committee. Elections are concurrent with the gubernatorial primary election in June. Mr. Sotomayor-Einstein is Chairman of the Hudson County Young Republicans, member of the Hudson County Regional Council of the Jewish Federation of Northern New Jersey, former contributor to SaveJersey.com, current columnist at The Jewish Standard, and has formally debated Occupy Wall Street activists and Democrats. He has lived in Hoboken for a decade