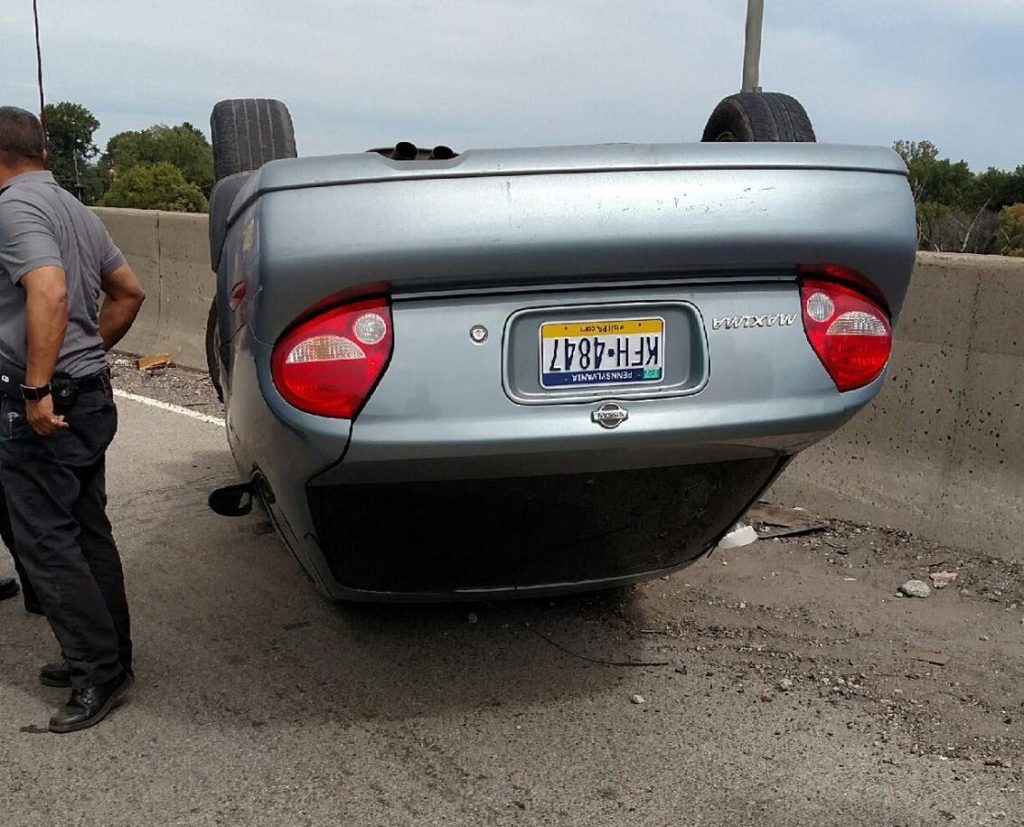 Kearny PD uploaded the following statement on their facebook page on reference to the apprehension of a man connected to a bank robbery: “Kearny detectives used predictive analytics to study intelligence gathered about the behaviors of a man wanted for robbing the Schuyler Savings Bank recently. After geo-mapping the suspect’s recent activities, detectives set up surveillance on Route 21 believing there was a likelihood that the suspect would travel this corridor en-route to his next crime.

This morning, their intelligence-led policing led to an arrest. Two detectives spotted the alleged bank robber in traffic driving the same car that was used to drag a police officer who tried to arrest him during his flight from the Schuyler Savings robbery.

The detectives attempted to get the suspect surrounded before turning on their lights and siren, but unfortunately, he “made them” before other backup units could respond. The suspect attempted to flee but had trouble negotiating an off-ramp and flipped his car. Fortunately, no bystanders were involved in the crash and the suspect was not seriously injured.

Charges are merely accusations and suspects are considered innocent until proven guilty.”