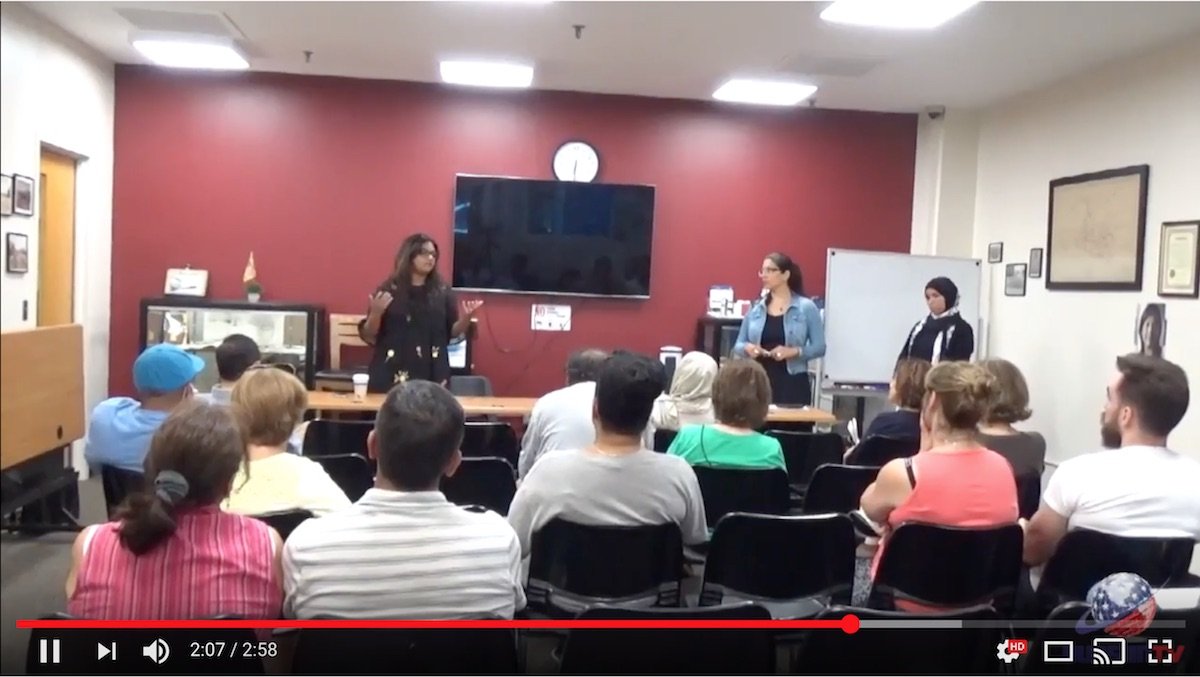 “His actions were very unfair and he treated the people poorly and he didn’t look at how it would affect America,” says Aralyise Hernandez, of the devastation Trump caused when he separated illegal immigrants and their children.

There’s such a need for educating the community about what their rights and responsibilities are.

With the president’s recent push for immigration reform and the backlash that ensued, it’s impacted the situation even more.

There is a greater need for disseminating information about what the law is.  A lot of people have been crossing the border.

The way Trump handled immigration didn’t just rub people the wrong way, it downright insulted and humiliated so many.

How do you even wrap your mind around kids sleeping in cages.

The worst horror is being detained or separated by ICE… This woman says she knows people who experienced it firsthand.

’  “The reason we do these community sessions is because we want people to be aware there are options available in the law,” Ravichandran says.