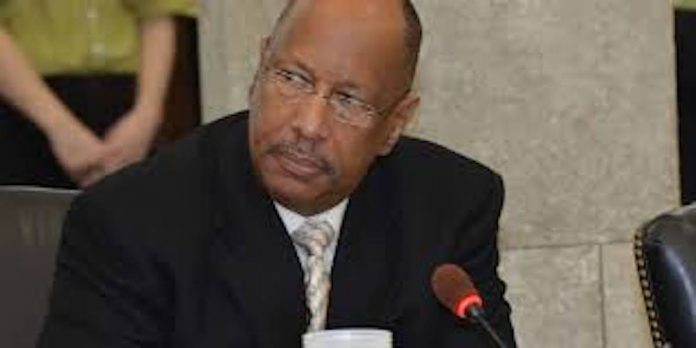 With veteran New Jersey State Senator Loretta Weinberg (D -District 37) of Teaneck having recently announced she will be retiring from the Legislature at the end of the year, the Latino-American Democratic Association of New Jersey has announced it is endorsing Assemblyman Gordon Johnson to succeed her, although it did have kind words for the District’s other Assembly representative, Valerie Vainieri Huttle.

Here is the Association’s press release announcing its endorsement:

The 37th legislative district is fortunate and privileged to be represented by competent and dedicated legislators. Following Senator Loretta Weinberg’s recent retirement announcement, after decades of a historic presence and impact on the State, thoughts have turned to her successor. There is no question that both Assemblyman Gordon Johnson and Assemblywoman Valerie Vainieri Huttle have served their legislative district with distinction. However, there is but one Senate seat and we believe that our friend and supporter Assemblyman Gordon Johnson’s historic nomination is deserving of unanimous support.

Assemblyman Johnson is no stranger to the many diverse communities that comprise District 37 of which the Latino population continues to be a growing constituency. He has and will continue to reach out to our community and uniquely represent us in Trenton. Johnson’s many years in law enforcement and his combat service on behalf of our nation coupled with his remarkable track record of working for all of his constituents in the State Legislature make him a worthy candidate for State Senate.

The Latino-American Democratic Association of New Jersey (“LADA”) has dedicated and long-serving members on the Bergen County Democratic Committee. Many of them represent segments of District 37 and will vote on Senator Weinberg’s successor. We listen to them. They know their communities and a grass root support can not be undervalued.

Lucilo Santos a long time member of the Hackensack Municipal County Committee observed “Gordon has always been an amigo to the Latino community, he will be able to step into the Senate and provide our communities with exceptional representation.” Long time LADA member and Former Hackensack Deputy Mayor Jesus Galvis stressed “Gordon Johnson has been a first on many occasions, and he always puts the people he represents first. He would make all of us proud by becoming the first African-American State Senator in Bergen County history.”

We believe that together Johnson and Huttle can continue to be formidable representatives for the 37th District.

For over a quarter century, the Latino-American Democratic Association of New Jersey (“LADA”) has served as a grassroots political organization committed to the political inclusion and empowerment of the Latino community throughout the State of New Jersey and the United States of America. LADA is a political committee that fosters participation and civic engagement of the Latino community with the Democratic Party and supports candidates that champion issues and causes that advance the interest and contributions of Latinos.

The Associations goals have remained steadfast notwithstanding our significant strides. We are dedicated to: