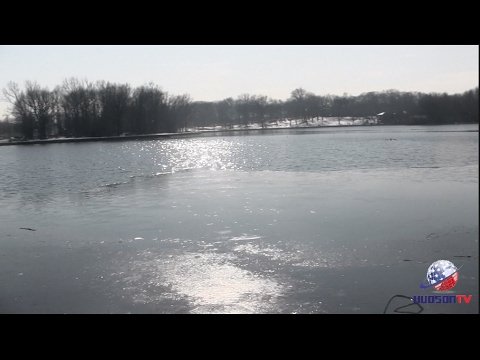 Braddock Park is owned by Hudson County and North Bergen leases part of it, but recent events prove it is the people’s park, and as political pundits are finally noticing, the people will eventually take down the Township and County officials who have deceived, lied and mistreated not only Braddock Park, but almost everything they have touched.

Hopefully the few “cheerleaders” who blindly serve their misguided coaches (for the rewards they reap), will soon realize there won’t be anything left to cheer for.

These misguided officials believe erecting a statue of James Braddock is worth cutting down trees all over the park, for a view of the Manhattan skyline, which already exists a few feet away.

They blunder to see a skyline that is somewhere else; they have no appreciation for the natural beauty that is, or was, right here.

Trees, birds, real grass – none of this means much to them.
Pour the concrete, sow the artificial grass, put up fences and statues and put in a few flowers and maybe no one will notice, and something will survive.

This is not just about Braddock Park, this is about wasting taxpayer money by giving developers unneeded PILOT tax abatements, not reigning in corrupt employees in virtually every department, rewarding the “cheerleaders” with multiple civil service jobs, not building much needed schools until citizens force them to, and not caring that they jeopardize the lives of students and teachers by violating State safety regulations.

Who needs a Lowe’s next door to a Home Depot?
Who needs chain stores and tall buildings blocking the view of NJ’s most recognizable icon, the Palisades?
We need schools and parks and honest officials who spend our tax dollars wisely.

Hudson County and North Bergen are now being penalized by the State for illegally moving the North Bergen Preschool into Braddock Park.
Too bad officials did this; their callous move will be paid for with taxpayer money, but the good news is it will create new park land for Hudson County.

Officials can try to destroy nature, but nature will eventually destroy those who have dared.