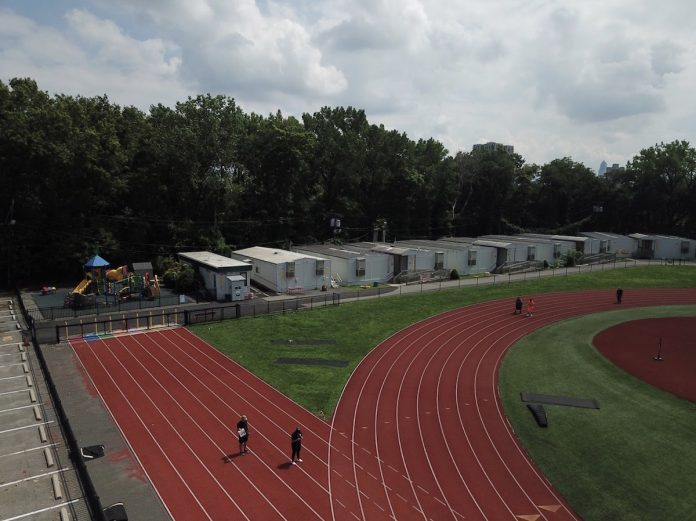 The following letter to the editor was received by Hudson TV.  Written by principal Adamarys Galvin, it defends the North Bergen Board of Education’s pre-k trailers in Braddock Park’s Bruins Stadium while criticizing a local resident’s long-standing objections to the trailers:

After years of misinforming the public and attacking our excellent preschool program, Robert Walden is at it again with his latest letter to local publications. Walden is continuing his long history of orchestrated attacks against North Bergen’s youngest and most vulnerable.

The North Bergen Preschool program is currently in a location within Bruins Stadium that would otherwise be unused and overgrown with poison ivy and inaccessible brush. To attempt to say that this location would be fully utilized by the community is not only misleading but downright false by Mr. Walden.

The Board of Education has taken numerous steps to not only meet standards set by the township and state but to exceed them. Our TCU’s are inspected yearly to ensure that our students and staff are in a safe environment that is conducive to learning and teaching.

Mr. Walden let me be emphatically clear, we will not be bullied and harassed by your attempts to smear our hard work and dedication to this community and most importantly to our students. Your propaganda will not sway our commitment to the future of North Bergen.