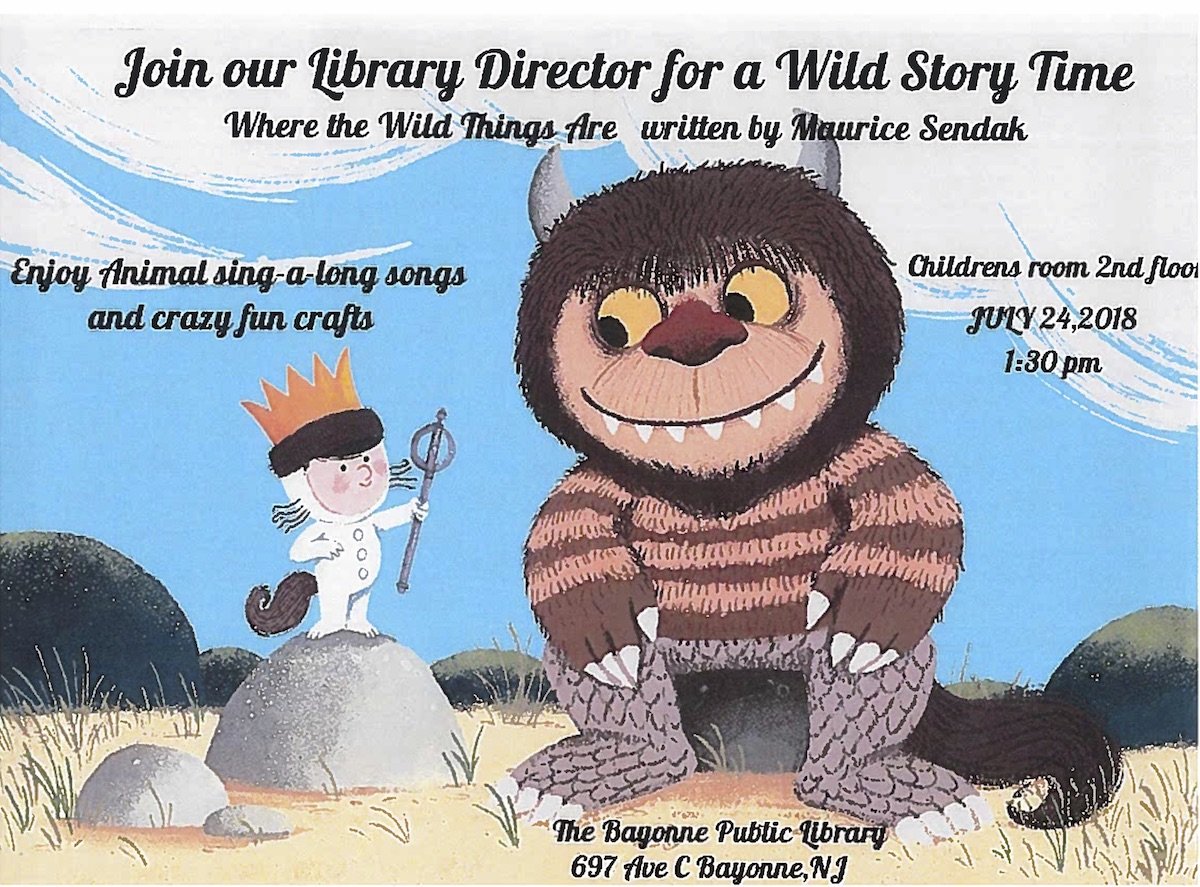 On Tuesday, July 24, at 1:30 p.m., Library Director JP Porcaro will lead a special story time at the Bayonne Public Library.  He will present the popular children’s picture book, Where the Wild Things Are by Maurice Sendak.  The event will include animal sing-along songs and crazy fun crafts.  This event is intended primarily for children from Pre-Kindergarten through Grade 3.

Where the Wild Things Are is considered one of the greatest children’s picture books.  The story is about Max, a boy who dresses in a wolf costume.  He is sent to his bedroom as punishment after causing trouble.  His room is transformed into a jungle, and Max sails to an island inhabited by beasts who are called the Wild Things.

The book has sold more than ten million copies in the United States since it was first published in 1963.

This story time event will take place in the Children’s Room on the second floor of the library.  The library is located at 31st Street and Avenue C.