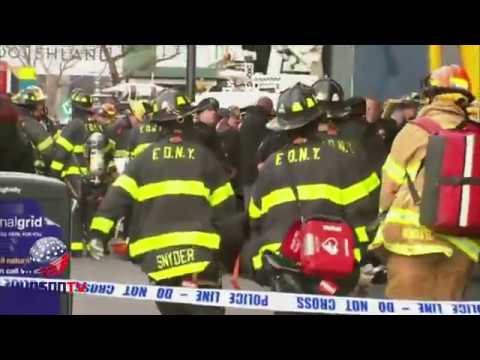 Rush hour in New York took a turn for the unexpected as a LIRR train entering the busy Atlantic Terminal in Brooklyn was supposed to stop but didn’t, hitting a bumper injuring 76 at approximately 8:20 AM Wednesday morning. Gov. Cuomo stated the most immediately known serious injury was a possible broken leg.

Many injuries have been reported as minor and were treated at the scene. Images from the scene showed the train lying at an angle in its track bed. Approximately 600 passengers were aboard the LIRR train.

Passengers reportedly heard a loud bang, followed by the smell of smoke. The sudden jolt sent people flying across train cars. Some people were carried away in stretchers, while some were seen bleeding or holding icepacks to their heads.