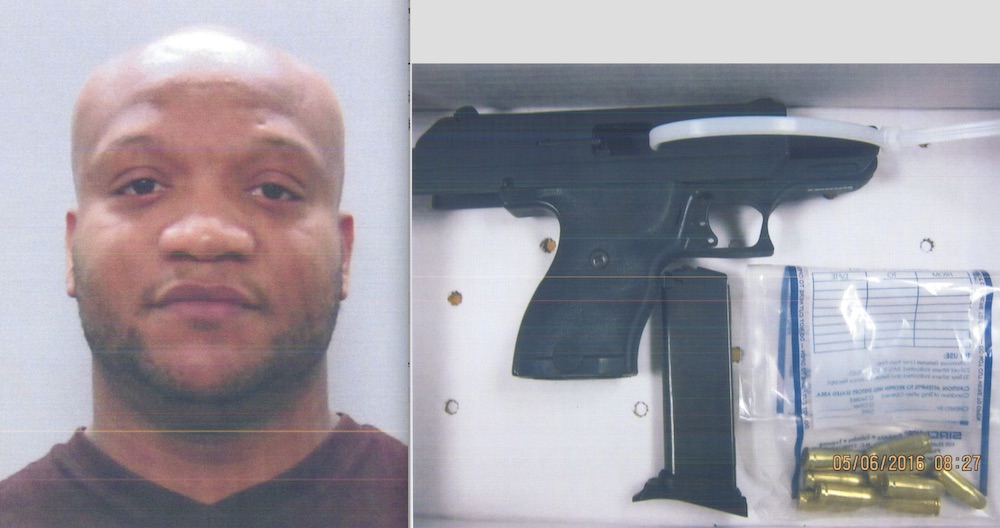 At about 4:35pm on May 5, 2016 Port Authority police on duty near the Newark Airport at Terminal A departures noticed an unoccupied Toyota with a temporary plate parked in a no standing zone. Port Authority police investigated and while at the auto, the driver of the auto approached the officer. The officer requested the man’s registration, license and insurance. In plain view in the driver’s side door panel the officer saw a loaded magazine for a pistol.  A loaded Hi Point C9 9 mm semi-automatic pistol was found in the vehicle’s glove box. The suspect was placed under arrest. During arrest processing the suspect was found to have an active warrant out of South Orange, NJ.