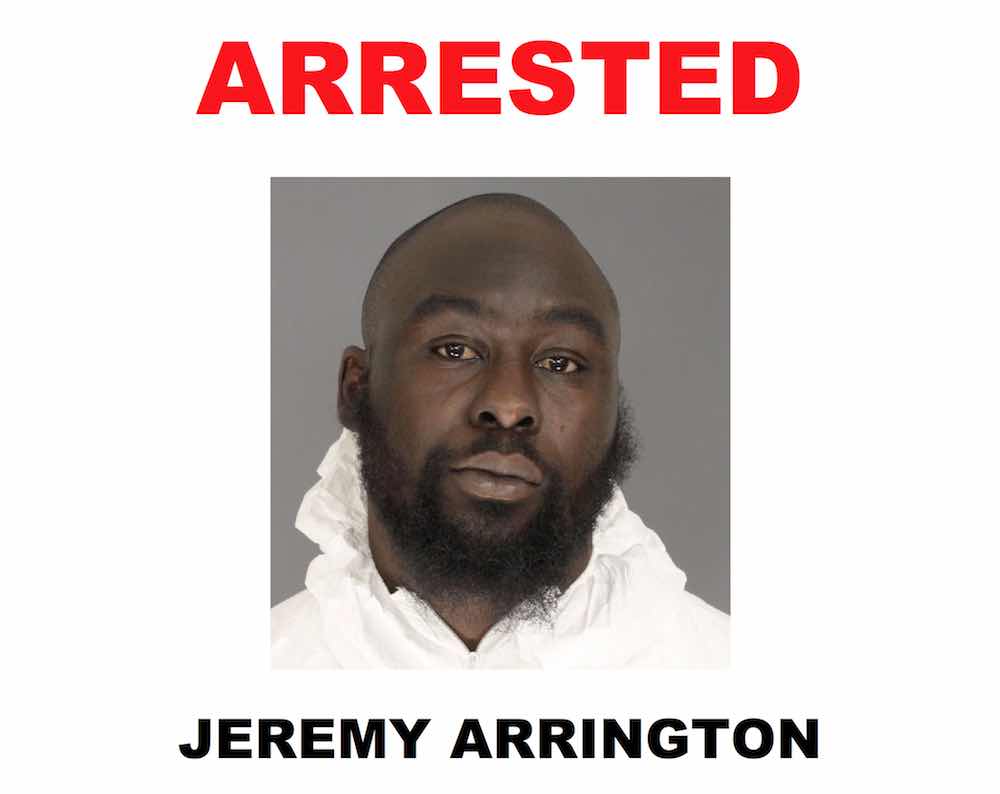 Newark – Acting Essex County Prosecutor Carolyn A. Murray and Newark Public Safety Director Anthony F. Ambrose announced today that Jeremy Arrington, 26, of Newark has been charged in a triple homicide in which a young college student, who was visiting the family, and two children were fatally stabbed.

It is alleged that on Saturday afternoon Arrington went to a home in the 100 block of Hedden Terrace in Newark and fatally stabbed three individuals. There were a total of nine people in the home at the time – four adults and five children. Arrington was known to the family. After the attack Arrington fled.

Shortly before 8 p. m., on Sunday, Nov. 6,  Arrington was discovered barricaded in a residence in the 200 block of Pomona Avenue.  Just after 9 p.m., Arrington was arrested without incident. The arrest was carried out by the U.S. Marshals Fugitive Task Force, the Essex County Prosecutor’s Office and the Newark Police Department.

Arrington is currently being held at the Essex County Correctional Facility in Newark on $5million bail set by the Honorable Russell Passamano, Judge of the Superior Court.

The three deceased individuals have been identified as:

The investigation is active and ongoing. It is being investigated by the Essex County Prosecutor’s Major Crimes Task Force, which includes detectives from the Newark Police Department.

Acting Prosecutor Murray commended the US Marshals Fugitives Task Force, Newark Police and the detectives in the Essex County Prosecutor’s Office for their outstanding work in investigating the case and making a prompt arrest of the suspect.

He thinks picking this women will get him the black and female vote .. nope I'd vote for my dog first ..