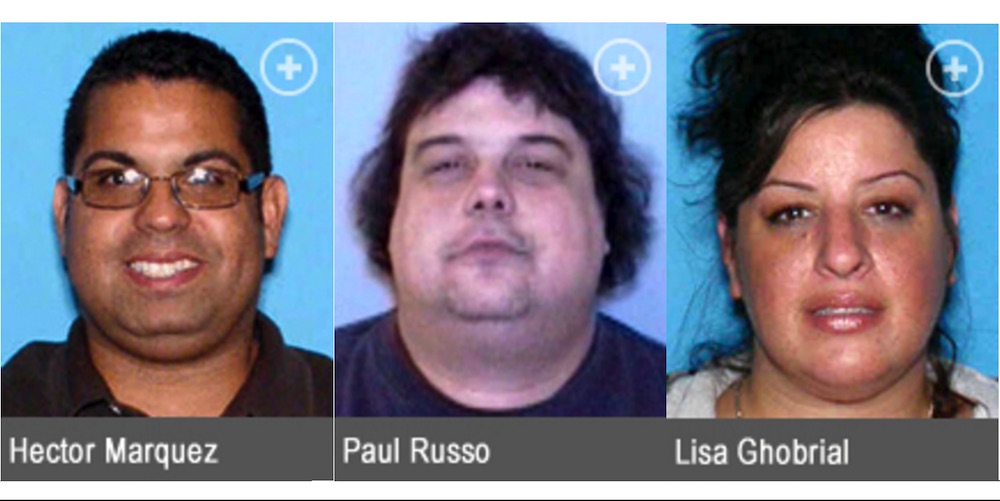 TRENTON – Acting Attorney General Christopher S. Porrino and the Office of the Insurance Fraud Prosecutor (OIFP) announced that the manager of a now-defunct Bergen County used car dealership and two co-workers have pleaded guilty in bank financing scams that netted $1.4 million in fraudulent loans for luxury cars.
Hector Marquez, the general manager of D.I.B Leasing in Teterboro, pleaded guilty to first-degree money laundering and second-degree misconduct by a corporate official in a hearing before Superior Court Judge Susan Steele in Bergen County. Marquez, 43, of Monroe, also pleaded guilty to second-degree insurance fraud in a separate indictment involving a $139,000 Bentley purchased at his dealership and later torched and reported stolen to an insurance company.

“Hector Marquez was the point man in a criminal conspiracy in which banks were duped into approving auto loans for customers whose income levels did not qualify them for financing on the luxury vehicles,” said Acting Attorney General Porrino. “He then furthered his criminal involvement by helping one of his buyers to unload a pricey vehicle by committing insurance fraud. The lengthy prison time he faces should serve as a deterrent to anyone who thinks this kind of fraud is a path to easy money.”

The trio, along with a loan applicant assistant, a bookkeeper, and the owner of the dealership, were all charged in connection with the conspiracy. Prosecutors said the defendants created fake employment records, inflated incomes, and supplied false pay stubs and fictitious employee verifications to dupe banks into approving auto financing for customers whose income levels did not qualify them for loans on the pricey vehicles.

“These defendants not only defrauded banks and corrupted the integrity of the car loan process; they preyed on customers who trusted them with their personal information. Their disregard for the law has caught up with them and they’ll now pay the price,” said Acting Insurance Fraud Prosecutor Christopher Iu. “My office will continue prosecuting the remaining defendants in this case to ensure they, too, are held responsible for their actions.”