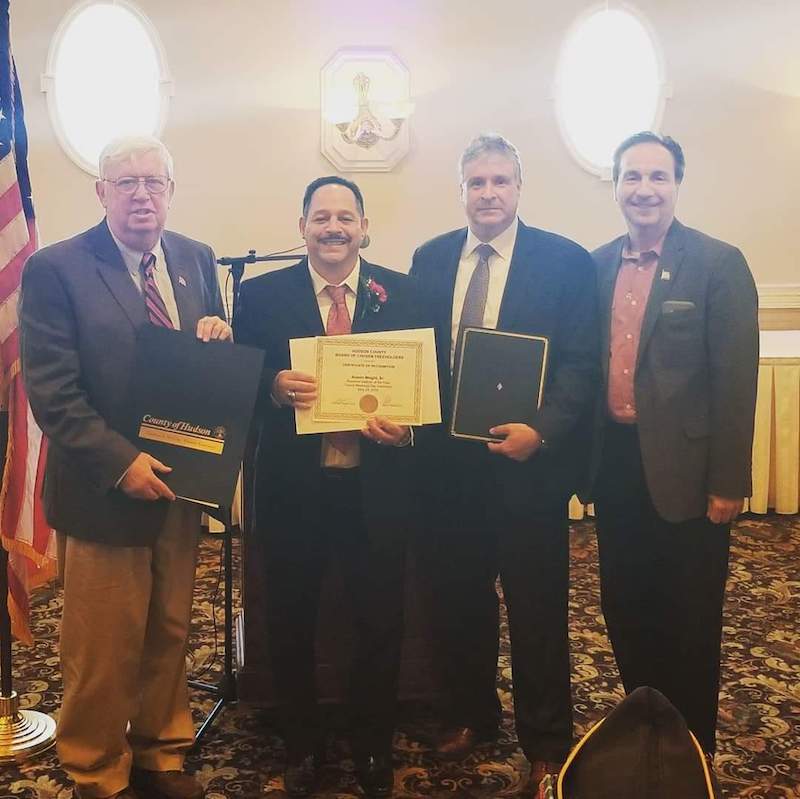 Mayor Jimmy Davis announced that he has named Austin Wright, Sr. Bayonne’s Veteran of the Year for 2018.  Mayor Davis issued a proclamation in Mr. Wright’s honor on May 24. The proclamation cited Mr. Wright’s “service to our country, his fellow veterans, and the people of our community.” On Thursday, May 24, Austin Wright Sr. was honored at the Hudson County Veterans of the Year event, along with veterans representing the other municipalities in Hudson County.

Austin Wright Sr. has been active in veterans’ activities.  At VFW Post 226, he has served as Quarter Master, Vice Commander, and Chaplain.  He was awarded a Post citation for his courage, sacrifice, and selflessness for applying his skills to keep Post 226 in business.

Mr. Wright is the owner of two Martial Arts Dojos in Bayonne and Jersey City.  He works in several after-school karate programs.

Austin Wright Sr. is a World International Grand Champion.  He has been inducted into seven World Martial Arts Halls of Fame.  He is a three-time Gold Medal Winner in Trelawny, Jamaica.  Mr. Wright has taught in both public and private schools since 1997.  He is Head Coach of the Traveling Karate, Jujitsu and Kick-Boxing Team USA “Alliance” as the New Jersey State Director.