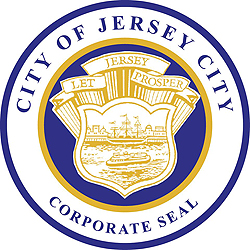 JERSEY CITY – Mayor Steven M. Fulop will join with other local and state elected officials and representatives from New Jersey Community Capital at 12 p.m. on Wednesday, Aug. 3, 2016 to celebrate the grand opening of 25 new condominiums in the Bergen-Lafayette neighborhood as the Fulop administration continues to bring investment and development to all areas of Jersey City.

The All Saints Lofts is the rehabilitation of the former All Saints Catholic School facility on Whiton Street, which until now had been vacant. The 25 condominiums feature 14 one-bedroom and 11 two-bedroom residences. Jersey City provided $387,000 in Affordable Housing Trust Fund dollars to make the project possible.

“This project represents the type of public-private partnership that helps build communities and grow neighborhoods,” said Mayor Fulop.  “We are pleased to support this type of adaptive reuse that encourages home ownership and converts a vacant building into a home for dozens of families.”

Earlier this year, the city marked the grand opening of the Baker Building – an 83-unit rental building on Sudyam Avenue, which is more than 80 percent leased.  The Planning Board has also approved last month the Lafayette Park Redevelopment Plan to encourage and facilitate additional residential and commercial development in the area. Several new small businesses have also opened in Bergen-Lafayette in the past year to compliment the new housing.

The All Saints Lofts units are affordable to the workforce population and to those who qualify for home ownership through HMFA’s Choices in Home Ownership Incentives Created for Everyone (CHOICE) program. The project consists of four City of Jersey City subsidized affordable units and 21 Emerging Market Units (EMU).

City National Bank and the New Jersey Housing and Mortgage Finance Agency (NJ HMFA), an affiliate of the Department of Community Affairs, provided $3.5 million in construction loan financing, along with an additional NJ HMFA funding through its CHOICE program.