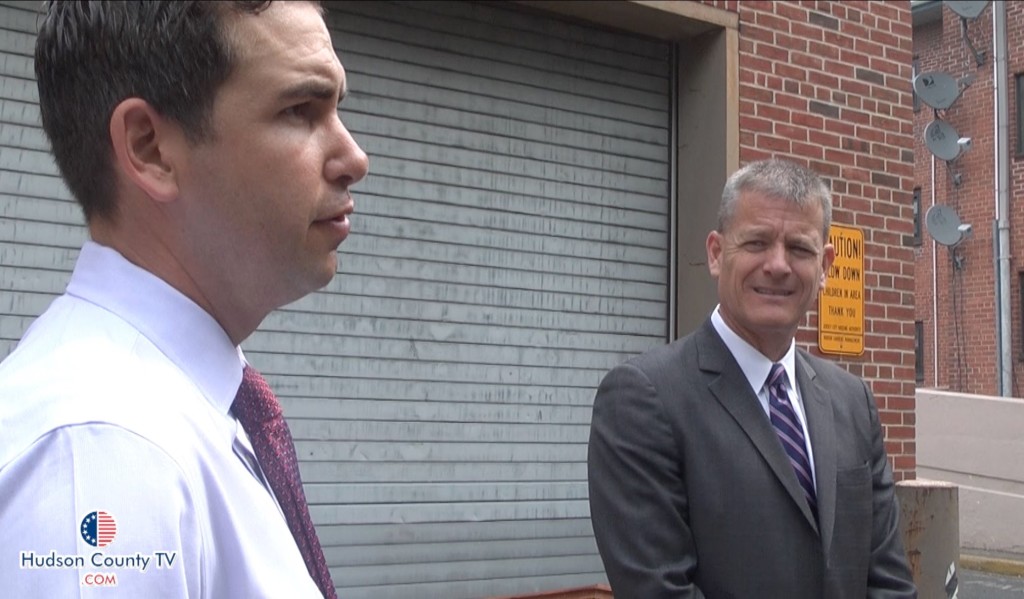 JERSEY CITY – Mayor Steven M. Fulop announced today that Jersey City has been awarded a $1.875 million grant from the U.S. Department of Justice to hire 15 new police officers as part of the federal COPS Hiring Program as the Fulop administration continues to grow the size of the department.

“When we took office, the police department was suffering from a historic low in personnel and we have been steadily rebuilding the department, putting more officers on the street, expanding foot patrols and community policing,” said Mayor Fulop. “Having more officers means we have the resources so that our police can interact directly with the community in meaningful ways, making neighborhoods safer block by block. While there’s more work to do, this grant is another step in the right direction.”

When Mayor Fulop took office in 2013, there were 779 officers in the department and utilizing grants and capital funds, the administration has hired more than 200 new police officers, including three classes that were sworn in during the summer bringing the size of the department to 866 officers.  The new officers joining the force have been assigned to foot patrols, primarily in the South and West Districts to enhance visibility and expand community policing.

A class of 29 officers is in the police academy now, expected to graduate in the spring.  The administration is planning to place an additional class of 30 officers in the academy in December.

This is the second COPS hiring grant awarded to Jersey City during the Fulop administration, with $1.875 million awarded in 2014 to hire 15 officers.  The Police Department also received an additional $750,000 grant from the COPS office last year for an anti-gang initiative for overtime surveillance work.

The grant covers the salaries and benefits of the 15 officers for three years, up to $125,000 per officer, with the city covering a portion of the related costs.

The Fulop administration has also made a commitment to diversify the police department while growing its size so officers better reflect the community they serve.  Of the new officers hired since 2013, more than 70 percent have been minorities.