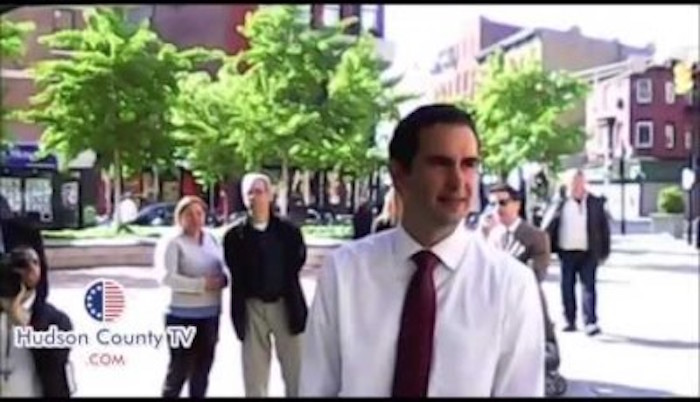 Local and State Environmental Groups to Join in Announcement of Legislation that Would Create Dedicated Fund for the Creation, Preservation and Maintenance of Jersey City Parks; Legislation Would Go Before Voters in November Referendum

JERSEY CITY – Mayor Steven M. Fulop, alongside local and state environmental advocates at Berry Lane Park, announced on Wednesday August 10th, proposed legislation to establish a Jersey City Open Space Trust Fund, which would serve as a dedicated source of revenue for the purchase, creation and maintenance of land for parks, conservation and recreation, such as neighborhood playgrounds, community gardens, playing fields and other passive open space.

Funds would come from an assessment of $.02 of $100 of assessed value, or only 2 cents per every hundred dollars of assessed value, amounting to approximately $1.2 million annually. The Mayor will introduce a resolution to the City Council at their meeting next week seeking this legislation be placed as a non-binding referendum on the November ballot, allowing the public to vote on the measure.

“Open space has an extraordinary value to urban communities, from providing safe places for our children to play to the social, environmental and economic benefits of parks that strengthen communities and make cities more attractive places to live, work, and visit,” said Mayor Fulop. “We’ve made the largest investment in parks in city history, and this will help ensure that our parks are maintained and develop along with our city for generations to come.”

Other cities that have established a similar assessment on property taxes for a dedicated Open Space Trust Fund include Chicago, Baltimore, Houston, Boulder, and locally Newark and Hoboken, as well as the County of Hudson.

“I am thrilled to see Mayor Fulop and Jersey City proposing this measure to protect and develop vital urban open spaces here in Jersey City,” said Ed Potosnak, Executive Director of New Jersey League of Conservation Voters. “Urban open spaces are good for our cities, good for our economy, and, most importantly, good for our families. Jersey City has been ranked one of the Greenest Cities in America and, by taking actions like creating this trust, it will continue to move up that list.”

The administration would work with local stakeholders, as well as an advisory board, to determine the priorities for park renovations and/or creation, and to recommend the distribution of the funds that are collected annually. While 13 parks have been renovated or are in stages of restoration, the city is home to more than 60 municipal parks, many of which will be slated for renovations in the coming years.

“While some of our largest parks have had recent upgrades and improvements, Jersey City has many smaller parks that have been overlooked as budgets tighten,” said Laura Skolar, President of the Jersey City Parks Coalition. “The typical homeowner, for what amounts to just over a penny a day, will help ensure that all our City parks will be given the upgrades and timely improvements necessary to be the assets to our neighborhoods for community events and activities.”

In a recent survey conducted by the non-profit Trust for Public Land, Jersey City ranked 36th for amount of park space among the nation’s 100 most populous cities, with 18 percent of the land area being occupied by parks, however, much of that includes Liberty State Park at 1,200 acres. As has been seen by the overwhelming usage of Berry Lane Park in Bergen-Lafayette since its opening in June, the need for new municipal parks citywide is clear and substantial.

“If approved by voters in November, the Jersey City Open Space Trust Fund will help maintain and improve the city’s quality of life by making sure all residents have access to a high quality park or natural area,” said Anthony Cucchi, State Director for The Trust for Public Land. “Nine out of ten Jersey City residents currently live within a 10 minute walk of a park, so the creation of a dedicated fund for parks will help ensure the city is able to make the investments needed to improve all parks, provide safe, healthy community assets and create new parks where they are needed most.”

“Investing in parks is investing in our cities’ future. Parks and open space not only help the environment, but they improve our health and quality of life, add vitality to neighborhoods and encourage investment and redevelopment. More importantly, parks are places where people can get together with their children and neighbors to play, recreate, or just enjoy the outdoors. When you build new parks and fix older ones, you spur investment in the neighborhoods around those parks, with homes being fixed up and new developments coming in,” said Jeff Tittel, Director of the New Jersey Sierra Club. “We’re glad that Jersey City is looking to join over 250 towns and all 21 counties who have set up open space funds. We applaud Mayor Fulop and the Jersey City Council for going forward to support this initiative.”