“Over the past 48 hours my administration and I have received information about an apparent
$2.2 million operating deficit in the Bayonne School District’s budget,” says Bayonne Mayor Jimmy Davis. 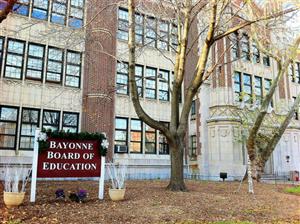 The preliminary information indicates that this budgetary shortfall is in connection with shortfalls discovered in the close-out of the 2015-2016 school district finances.

Mismanagement of funds at this level has wide-ranging and far reaching implications for the District and community as a whole. This unquestionably effects the academic careers of our children, and professional careers of our teachers, administration and dedicated support staff, the mayor says.

Davis calls this disturbing reality proof that the 2014 mandate for a new governing structure at the School District level in Bayonne a necessity.

He says as they transitioned to an elected Board of Education there was a learning curve. It was at times messy and uncomfortable. However, they learned during the transition about the systemic problems that undermine the success of our local education system.

The elected Board of Education provides a check and balance, level of transparency and independence that an appointed Board simply did not allow for.

In the past 48 hours they learned that it would not have come to light under an appointed Board.

“Today, I view this news as not just one isolated mistake, but as an indicator that more needs to be done,” the mayor says, adding that he stands ready with the Board of Education, parents, teachers, administrators and citizens of this city to ensure that those who have put the school system’s fiscal solvency in jeopardy are held fully and unconditionally accountable for their actions.