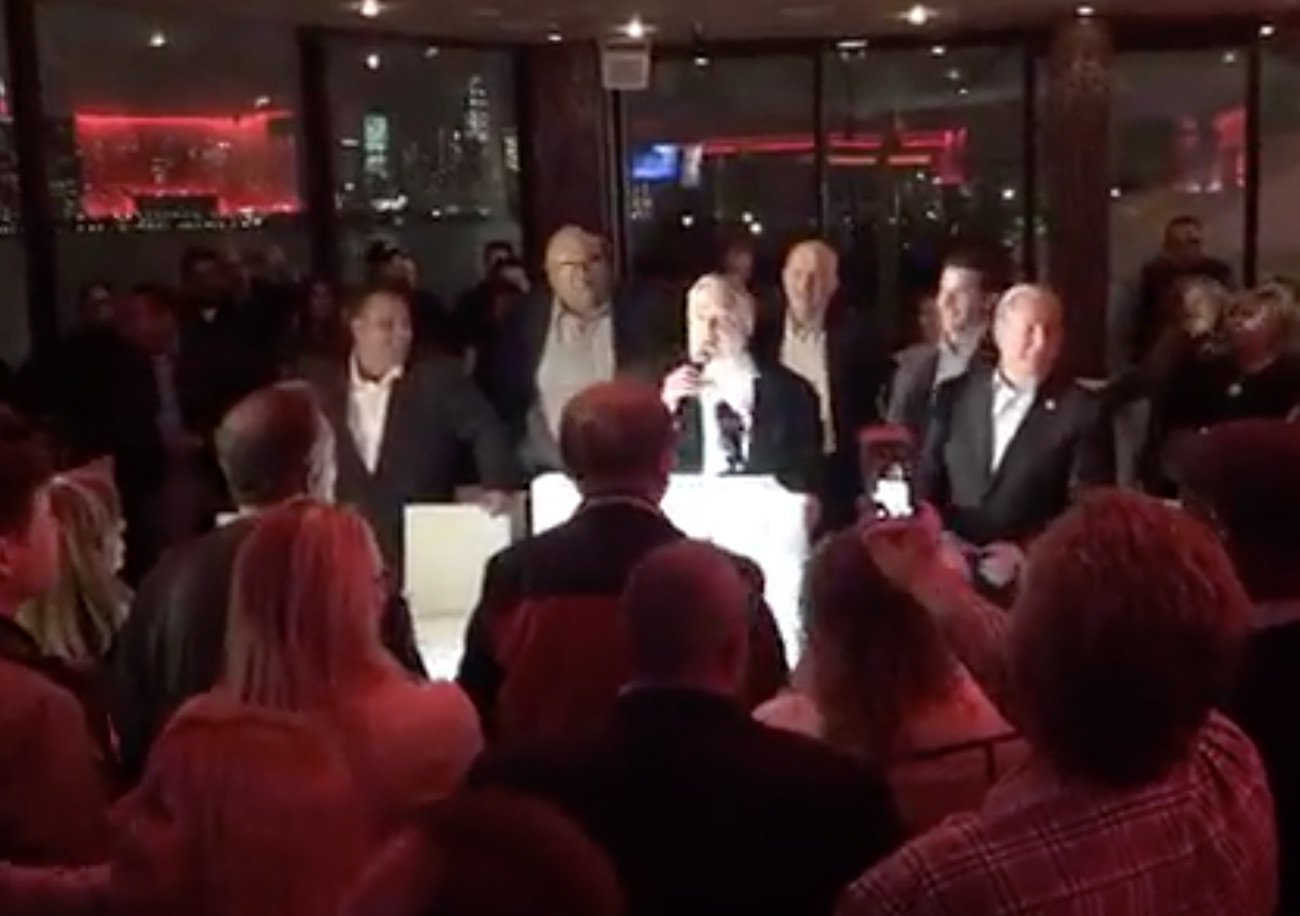 It was a triumphant sweep at the polls today for the incumbent ticket consisting of Mayor Nicholas Sacco, and incumbent commissioners Hugo Cabrera, Allen Pascual, Frank Gargiulo, and Julio Marenco. Opposing them at the voting booths were Larry Wainstein, who headed the ticket “Time for Change,” which included Diana Ortiz, Juan Almánzar, Alcides Siri and Franklin Fabre.

As of 9:30pm, the incumbent candidates had won with about 70 percent of the votes.

With his supporters chanting “four more years” in the background, Mayor Nicholas Sacco thanked his supporters for their efforts. Throughout the evening, the mayor and commissioners reiterated their commitment to education, affordability and access to services.

The winning slate brought their remarks to a close as the song, “We are the Champions” was played and the festivities continued.