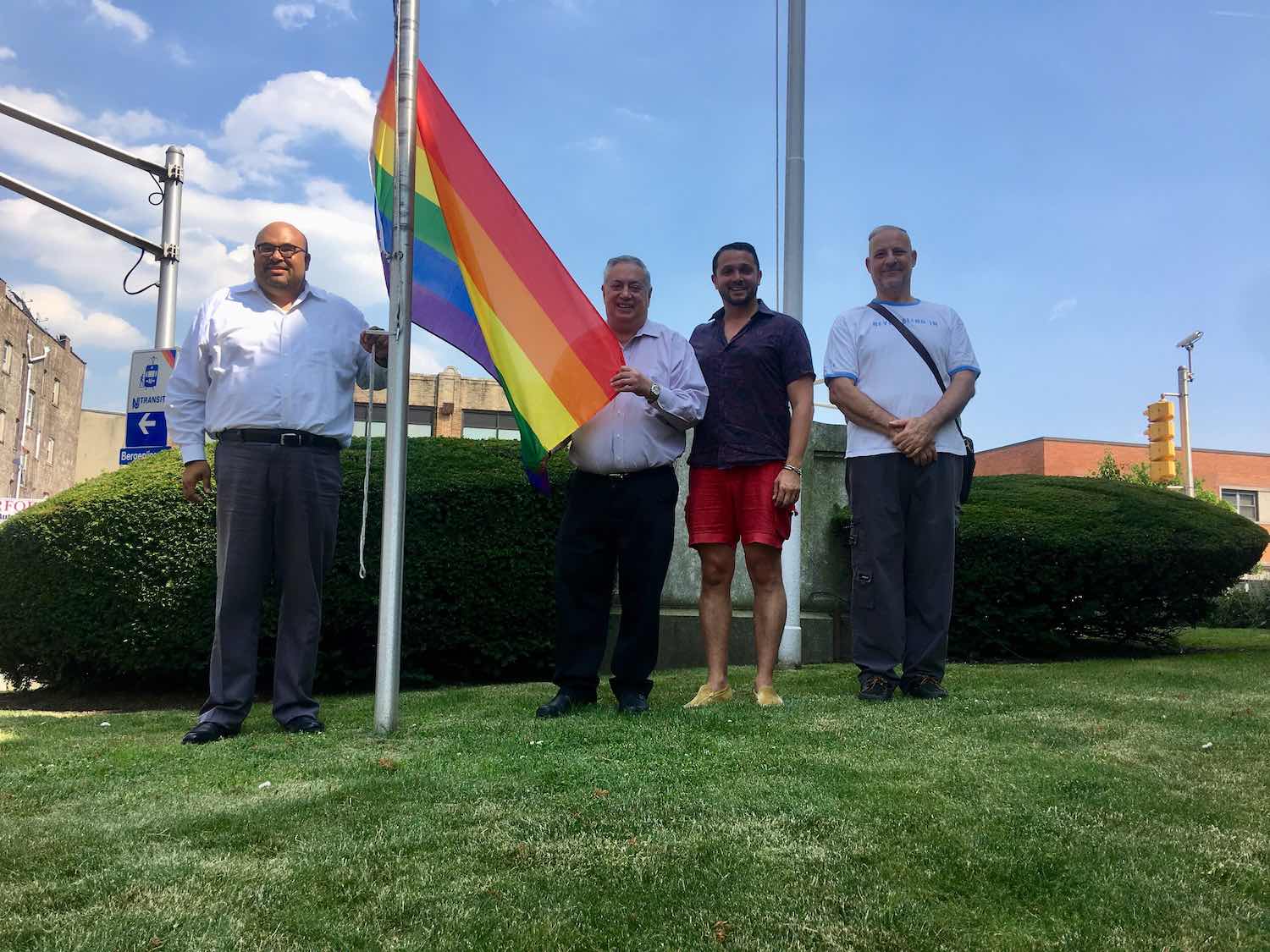 NORTH BERGEN, NJ — Mayor Nicholas Sacco and Commissioner Julio Marenco raised the Pride Flag at Town Hall this afternoon on the 50th anniversary of the riots at Stonewall Inn that launched the gay rights movement. The ceremony emphasized North Bergen’s commitment to continue building a progressive community that is accepting and welcoming to people of all backgrounds. Mayor Sacco was joined by Hoboken Councilman Mike DeFusco, who chairs the Hudson County Democratic Organization’s LGBTQ Caucus and Massimo Mascoli, a member of the caucus.

“Today’s ceremony is more than just a flag being raised, it recognizes the contributions of the LGBTQ community and the struggles faced in the fight for equality,” said Mayor Sacco. “Hate and intolerance have no place in North Bergen and our residents should know that they will not be discriminated against for loving whomever they love.”

“North Bergen has always been a welcoming place for people from many different cultures and backgrounds, and the LGBTQ community is no exception,” said Commissioner Marenco. “Raising the Pride Flag sends a message that everyone is valued here in our community and I am proud to have been part of this historic event.”

June is Pride Month, which celebrates the history of the LGBTQ community and promotes equality and social justice. The Town of North Bergen wants to make an effort to make sure all of their residents feel welcomed and included without living in fear over who they choose to love.

“I am proud to have raised the Pride Flag in North Bergen alongside Mayor Sacco to continue promoting love and equality in our communities,” said Councilman DeFusco. “We’ve made incredible progress in Hoboken to build a city that is accepting of everyone. Mayor Sacco has always been a true friend for equality and I look forward to working together to continue the conversations that make Hudson County more inclusive and welcoming to everyone.”