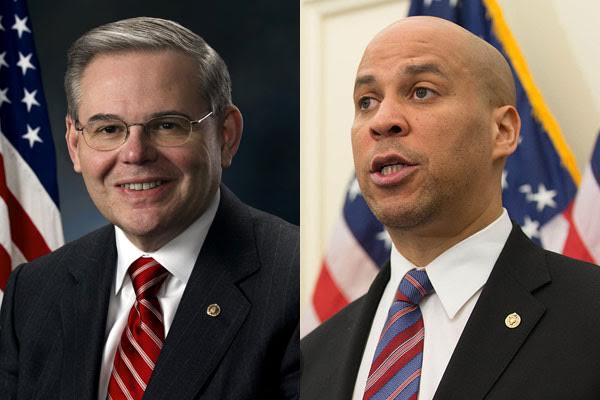 WASHINGTON, D.C. – U.S. Senators Robert Menendez and Cory Booker today announced the awarding of an additional $45,354,517 in Phase 2 funding from the U.S. Treasury’s Hardest Hit Fund (HHF) to assist financially-stressed New Jersey homeowners with mortgage modifications and refinancing to avert foreclosure and stay in their homes.  New Jersey, which had the nation’s highest foreclosure rate in 2015, was awarded $69,231,301 in Phase 1 funding in February, for a total of $114,585,818 during this fifth and final round of allocations.  To date, the Garden State has received $415,133,962 in HHF funds to assist distressed homeowners.

“This federal funding is the shot-in-arm many struggling New Jersey homeowners need to stay in their homes,” said Sen. Menendez, the Ranking Member of the Housing Subcommittee.  “Unfortunately, New Jersey was disproportionately hit by the housing crisis and is still reeling from the Great Recession.  We must do everything we can to provide homeowners facing foreclosure with the tools they need to stay in their homes.  Today’s announcement is a critical step forward to help families and to strengthen our communities.”

“As New Jersey continues to grapple with one of the highest foreclosure rates in the nation, these federal funds will help stabilize our communities and most importantly keep families together,” said Sen. Booker.  “Far too many New Jersey homeowners are still being forced to make difficult decisions as they struggle to stay in their homes, making it more important than ever for us to remain committed to fighting for families facing foreclosure.”

The HHF was created in 2010 to provide $7.6 billion in targeted aid to 18 states, including New Jersey, and the District of Columbia deemed hardest hit by the economic and housing market downturn.  The program was designed to leverage the expertise of state and local partners by funding locally-tailored foreclosure prevention and neighborhood stabilization solutions.  As of the end of the third quarter of 2015, HHF has disbursed approximately $4.5 billion of the $7.6 billion obligated to the program, on behalf of homeowners and stabilization efforts, and assisted nearly a quarter of a million homeowners.

Only 13 of the 18 eligible states are receiving Phase 2 funding and none was awarded their maximum eligible allocation.  New Jersey was eligible to apply for an additional $150 million—50 percent of its then existing HHF allocation of over $300 million—during the $1 billion second phase application process, which concluded March 11.  This phase allows Treasury to focus additional resources on HFAs that have significant ongoing foreclosure prevention and neighborhood stabilization needs, a proven track record in utilizing funds, and successful program models to address those needs.  States receiving these additional funds will have until December 31, 2020 to utilize their HHF funds.

The funding awarded to New Jersey in February was from the $1 billion first phase of the fifth round of HHF funding that would be allocated from the Troubled Asset Relief Program (TARP) using a formula based on state population and the HFA’s utilization of their existing HHF allocation to date.