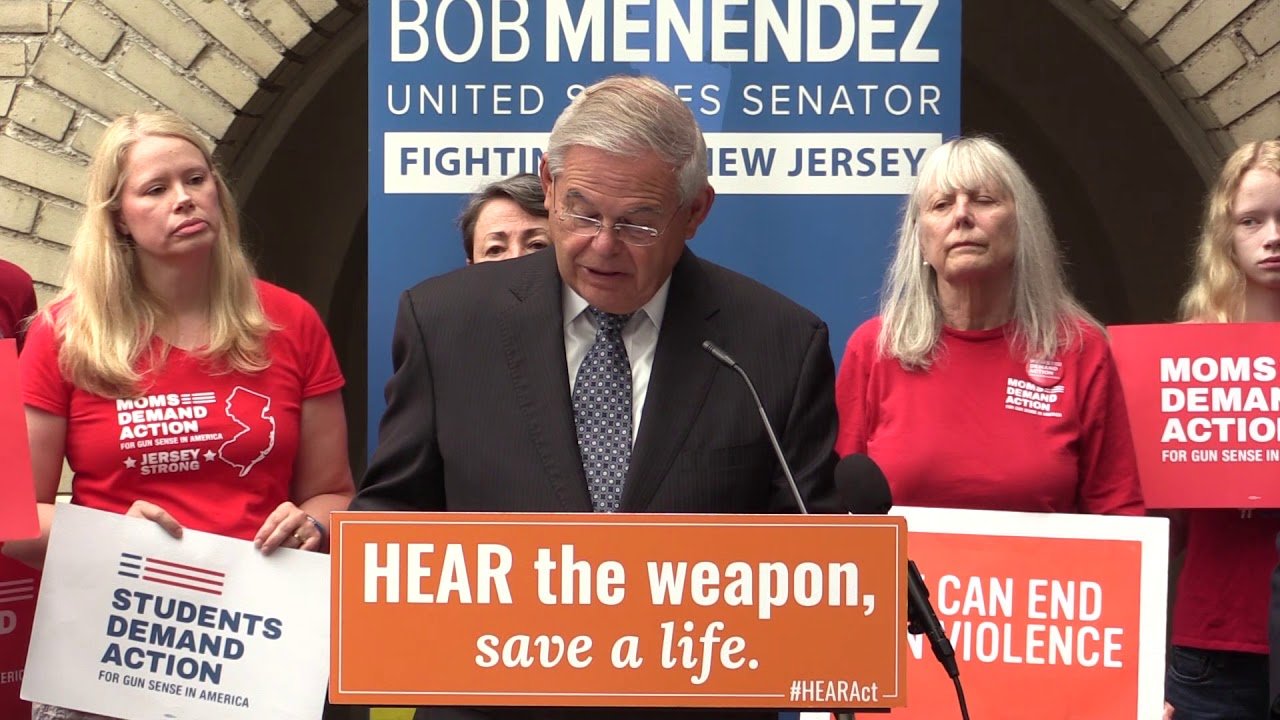 “We were reminded how dangerous silencers can be a few weeks ago, when a gunman used a .45 caliber handgun fitted with a suppressor to kill 12 Americans in Virginia Beach.  What first sounded like a nail-gun ended up being gunfire,” said Sen. Menendez.  “The sound of gunshots is what tells you that your life is danger, and that it’s time to run, hide, take cover, call the police and help others save themselves.  At the end of the day if you can hear a weapon you might just save a life.”

“Dangerous gun silencers, like the one used in the Virginia Beach shooting earlier this month that killed 12, don’t belong in our communities,” said Sen. Feinstein.  “This legislation is a commonsense proposal that will save lives.”

“The only people who could reasonably oppose a ban on gun silencers are criminals trying to avoid detection by law enforcement or mass murderers trying to hurt as many people as possible,” Sen. Blumenthal said.  “Whether a firearm is being used in a mugging or a massacre, the sound of a gunshot is a warning that helps bystanders get to safety and allows law enforcement to track and apprehend the shooter.”

“We need to be doing everything in our power to reduce gun violence and improve the safety of our communities.  At least one survivor of the tragic shooting in Virginia Beach, where the shooter used a silencer, said that the gunfire sounded more like a nail gun.  Banning silencers won’t eliminate gun violence, but this is a reform that would help law enforcement locate active shooters and save more lives,” Sen. Kaine said.

Aside from prohibiting silencers, the HEAR Act would also:

A gun silencer, also known as a suppressor, attaches to the barrel of a firearm and muffles the sound and kickback of a gun. Silencers pose a great danger to law enforcement officers and the public since they sometimes make it more difficult to detect the location of an active shooter.  They diminish the effectiveness of gunshot detection technology deployed in many municipalities that rely on audio sensors to record the sound, time and location of loud noises.  When silencers are used, the devices are sometimes unable to detect the sound of gunshots.

While several states, including New Jersey, outlaw gun silencers, they are permitted under current federal law, but must be registered.  There are currently 1.5 million silencers registered to gun owners.  A nationwide ban on silencers would ensure the devices are not trafficked into states where bans are in place.

Despite pressure from the National Rifle Association (NRA) and Republican efforts to deregulate the deadly devices, the U.S. Supreme Court earlier this month refused to hear a challenge against a lower court ruling finding that silencers are not considered “bearable arms” under the Second Amendment.

Sen. Menendez outlined the HEAR Act during a press conference Friday in Trenton, N.J. with local leaders and gun safety advocates, and has been one of the leading voices in Congress for common sense gun safety reform.

Earlier this year, Sen. Menendez introduced the Keep Americans Safe Act to high-capacity ban gun magazines that can hold over ten rounds and the Stopping the Traffic in Overseas Proliferation of Ghost Guns Act, which would block the Trump Administration’s efforts to weaken regulations on 3D guns.

Last summer, he introduced the 3D Printing Safety Act and the Untraceable Firearms Act of 2018, two pieces of legislation to combat the threat posed from the spread of 3D printable guns.

Sen. Menendez also sponsored legislation that would close the gun show loophole, outlaw “bump stocks” and other devices that make semiautomatic weapons fully automatic, prevent those on the Terror Watch List from purchasing guns, and improve access to mental health and addiction treatment.