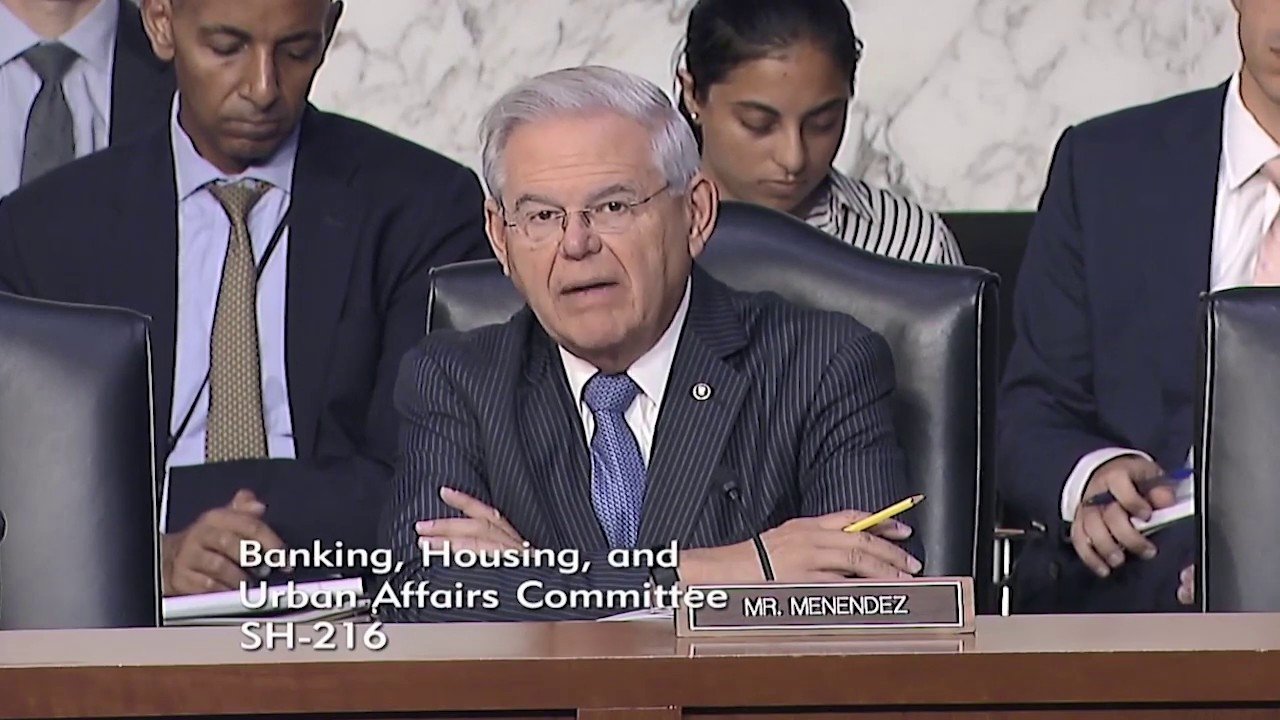 ‘Libra Could be the Wild West of Cryptocurrency’

Sen. Menendez, author of many U.S. sanctions against rogue regimes, expressed his concerns about the potential use of the cryptocurrency by criminals to evade U.S. sanctions or money-laundering laws as has happened with the digital currency Bitcoin. The Senator concluded his questioning by warning Marcus that while these questions remain unsolved, “Libra could be the Wild West of cryptocurrency” where money launderers, criminals and countries seeking to avoid U.S. sanctions could operate.

On June 18, Facebook announced the creation of Libra, a global currency expected to launch in 2020. According to Facebook, the Libra currency will be backed by a reserve of real assets; and governed by an independent Libra Association of 28 founding member organizations. Facebook also created a new subsidiary, Calibra that will offer a digital wallet for Libra cryptocurrency and act as Facebook’s representative in the association.

According to the initial investigation, Varrone – an agent with the U.S. Division of Homeland Security who was off duty at the time – initially stopped, but then left the scene. ... See MoreSee Less

DRIVER ARRESTED IN HOBOKEN HIT AND RUN THAT SERIOUSLY INJURED 24- YEAR-OLD CYCLIST Hudson County Prosecutor Esther Suarez has released the following information: A Jersey City man has been arrested and charged with leaving the scene of an accident causing serious bodily injury for his involvement...
View on Facebook
·Share

The Hudson County Improvement Authority will be hosting its annual, Fall Shredding Day this Saturday, October 3 at the West New York Public Works Garage, located at 6200 Dewey Avenue. The event will take place between 9 am and 2 pm. Hudson County residents wishing to dispose of personal, confidentia...
View on Facebook
·Share