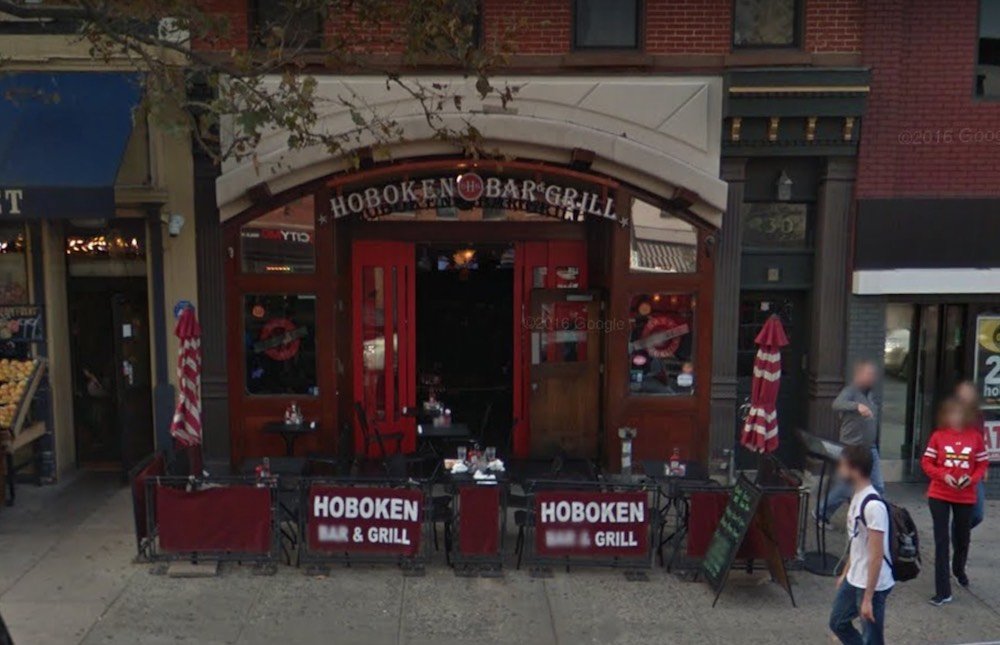 Early on saturday morning Hoboken Police officers Losurdo and Dimartino were patrolling the area of Washington Street when they observed a large fight outside of Hoboken Bar n Grill located at 230 Washington Street. As the officers attempted to break up the large fight between males and females, smaller pockets of fights began to form. Overwhelmed by the large crowd, the officers requested back up units to assist in controlling the unruly crowd. As the officers attempted to stop the fights, Officer Losurdo was charged by the defendant Caputo and thrown to the grown. Officer Losurdo was able to control the defendant and with the assistance of Officer Huggins, place him under arrest.

Officers Losurdo and Huggins began to place the defendant Caputo into the vehicle while a crowd began to form around them. Sgt Michael Costello began to assist by attempting to clear a path but was jumped from behind by the defendant Hashim Dyer. They were able to gain control of defendant Dyer and place him under arrest as well.

During their attempt to restore order, several other municipalities arrived and assisted in crowd control. New Jersey Transit, New Jersey State Police, North Bergen Police along with Port Authority assisted our officers during this moment of chaos. Defendants Rosario and Henderson were later found and placed under arrest. All defendants were transported to headquarters where they were all processed. Officer Losurdo suffered a leg, ear and head injury. He was treated at Hoboken University Medical Center and later released and cleared for duty. Sgt. Michael Costello sustained an injury to his back and has not been cleared to return. He was treated at the Hoboken University Medical Center and will be re-evaluated in one week.

Status: Released with a summons to appear in court

Status: Released with a summons to appear in court

Status: Released with a summons to appear in court.