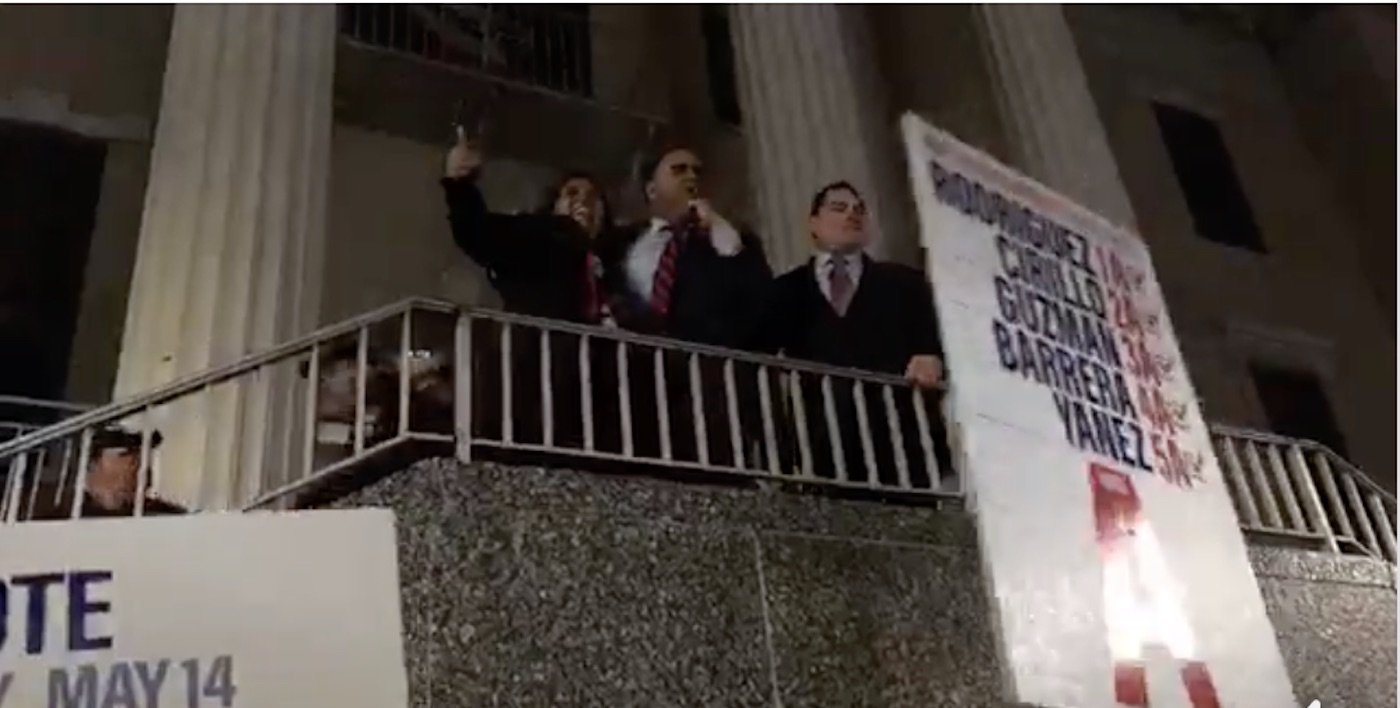 Despite a bold prediction earlier this afternoon by West New York Mayor Felix Roque that he would win re-election to a third term by a 3-to-1 margin, the New Beginnings slate led by Commissioner Gabriel Rodriguez, swept all five Commission seats tonight in this municipality of 53,000 residents.
New Beginnings had the full support of Congressman Albio Sires and the Hudson County Democratic Organization.  Despite losing the Vote by Mail ballots to Roque, New Beginnings won on the machines.
When the new Board of Commissioners are sworn in, current Commissioners Cosmo Cirillo and Margarita Guzman will be joined by newcomers Victor Barrera and Yoleisy Yanez.  Gabriel Rodriguez will become West New York’s next Mayor.
Several of the town’s 29 voting districts were still being tabulated, but overall, the turnout at the polls was low.  Today’s rains may have played a part in the small turnout.