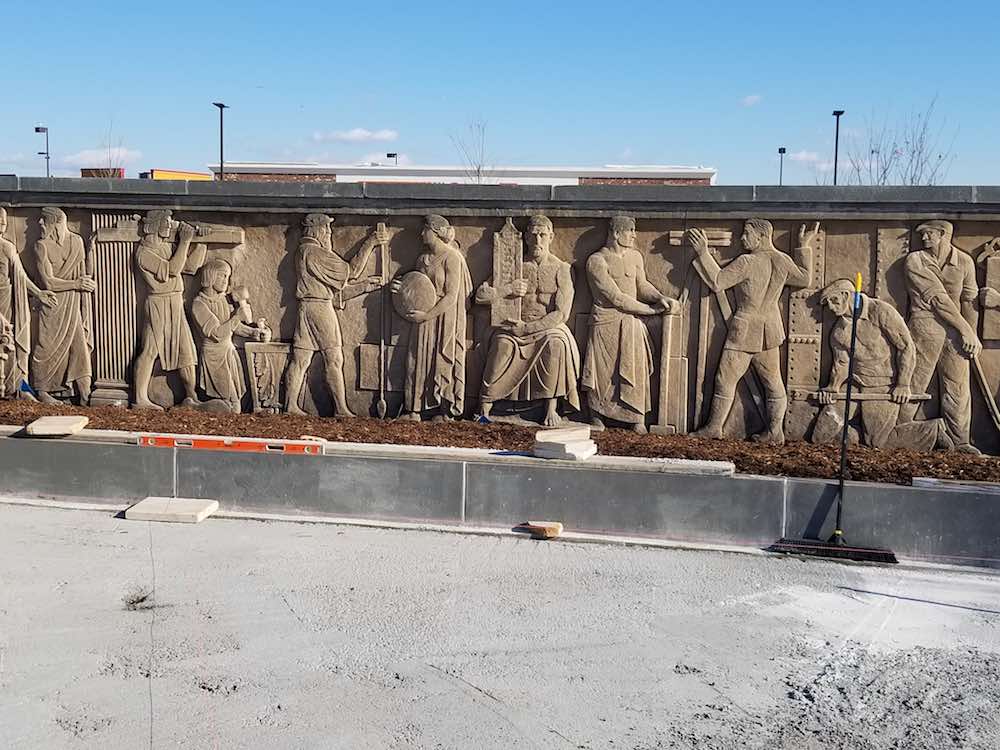 The Alessi Organization has installed classic art from 1929 at a new plaza near East 22nd Street and Route 440 in Bayonne.  This work of art, which is called a frieze, is a tribute to the history of labor, from ancient Egypt to the 20th century.

The frieze was originally part of the former Philadelphia Civic Center, which has been demolished.  The art was salvaged from that building, and was brought to Bayonne.

The history of labor frieze is joined by millstones and paving stones by the northbound side of Route 440.

The art and stones have been installed by an Alessi  commercial development that is nearing completion.