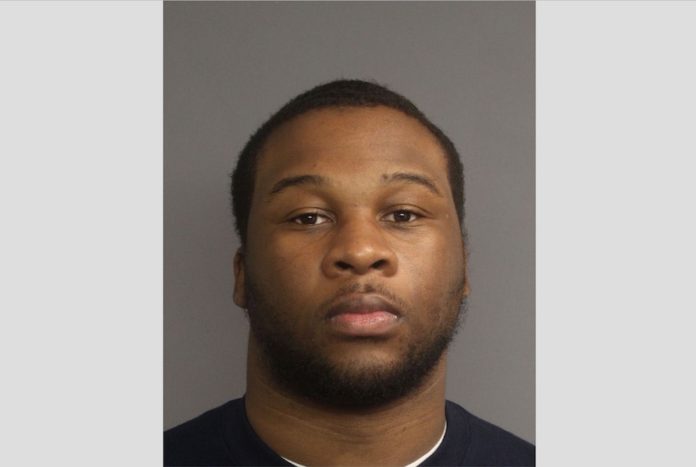 A Newark man is convicted of murder for a 2012 robbery gone wrong that left an Irvington teen dead.

Azim Brogsdale exited a car with an unidentified man Feb. 17, 2012 at the intersection of Orange Avenue and Orange Place, and approached four teens with the intention of robbing them.  On command to shoot from Marquise Hawking, who was also in the car  — Brogsdale opened fire on the teens, hitting Khalil Williams.

At the time the 16-year-old was with three friends — Krishna Nesbeth, Davon Arrington and Naeem White, when he was gunned down.

Brogsdale was charged with four counts of robbery (one for each victim), murder, conspiracy to commit murder, unlawful possession of .45 and
.380-caliber handguns, and possession of a weapon for an unlawful purpose.

“The verdict today is appropriate considering the cowardly act committed by
this defendant. “The four victims, all innocent young men- were simply walking home when they were robbed at gunpoint,” says Assistant Prosecutor Justin Edwab.

Brogsdale is the second of three suspects sentenced to jail time for William’s murder.  He will be sentenced March 31 and is facing 30-years to life in prison.

Hawkings, 22, was handed a 55-year sentence, while Haroon Perry, 25, of Irvington pled guilty to aggravated manslaughter.  He is expected to serve a
20-year sentence under terms of a plea deal.