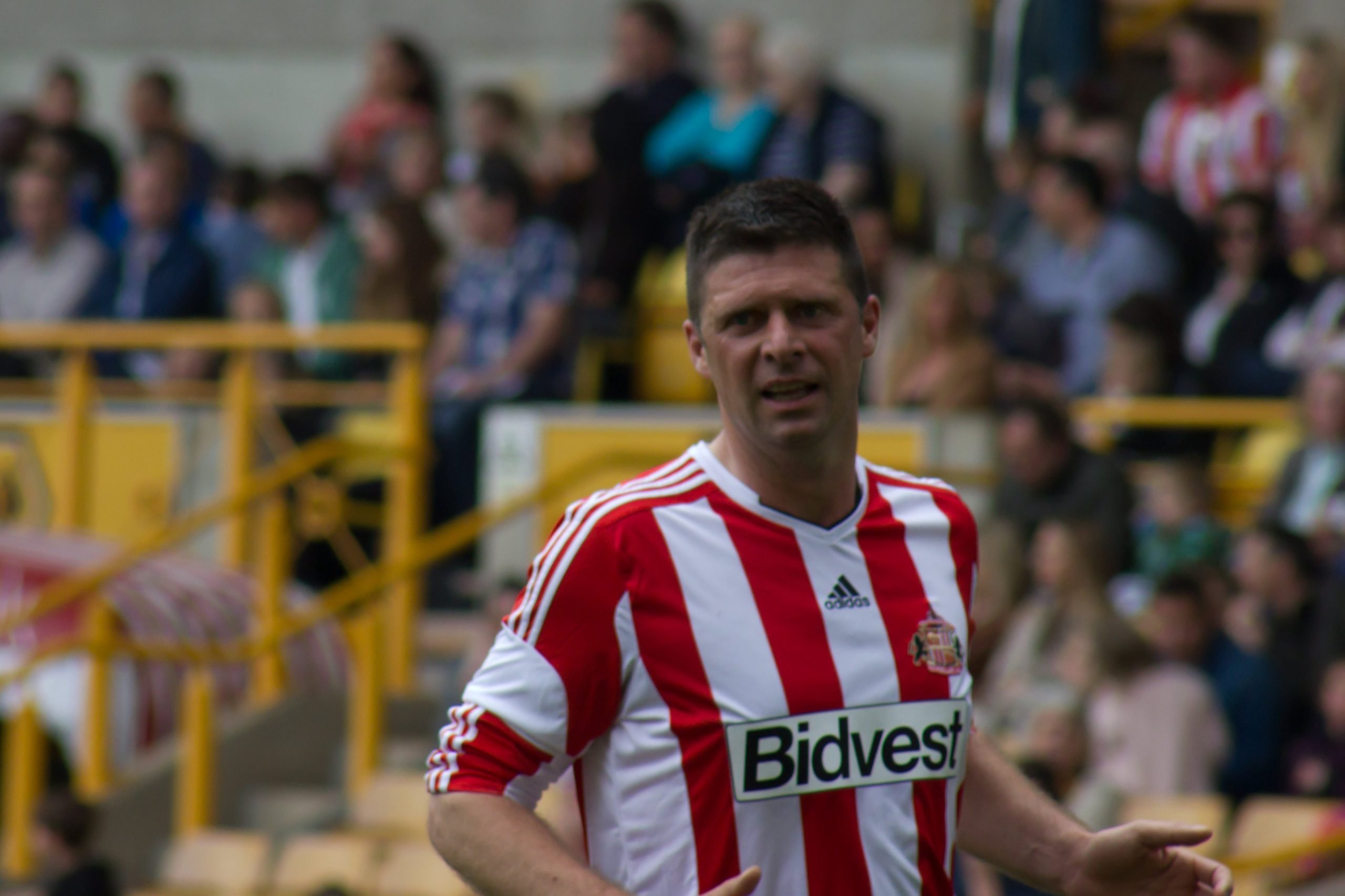 The Premier League striker will be in Bayonne since was asked to chair the clubs advisory board due to his professional relationship with the teams owners. Quinn would be an asset to the team since he has a wealth of knowledge and experience on and off the soccer pitch.

Sibrena Geraldino said, “We’re grateful that Mr. Quinn is coming to see what we’re all about. He’s someone that has a wealth of knowledge as an athlete and a chairman and we respect his opinion and would like to align ourselves with him.” Geraldino adds, “We’re the small American club with a global mindset and our goal is to eventually bring another professional soccer club to Hudson County. Mayor Davis and Bayonne’s City Council members has been supportive and allow us to lease Don Ahern Veterans Stadium and Hudson County allow us to practice at Stephen R. Gregg Park on Tuesday & Thursday nights so, we’d like to give back to our community by inviting soccer fans to Don Ahern Veterans Stadium to meet and greet Mr. Quinn and check out our practice session. Soccer players aspire to get to the level that Mr. Quinn is at and as a team, our goal is to help facilitate the pipeline to pro for college eligible players and a select few talented youth soccer players in our region.”

New Jersey Teamsters FC is a men’s pro development soccer club founded in February 2017 by Alex and Sibrena Geraldino and is based in Bayonne, New Jersey at our home, the Don Ahern Veterans Stadium. We are members of United Premier Soccer League (UPSL), U.S. Soccer Federation, Fédération Internationale de Football Association (FIFA) and Garden State Soccer League (GSSL). Through the UPSL, we’re eligible to play in the qualifying rounds at the Lamar Hunt U.S. Open Cup. Our motto is: Stand Ready to Strike! Visit us at http://NJTeamstersFC.com