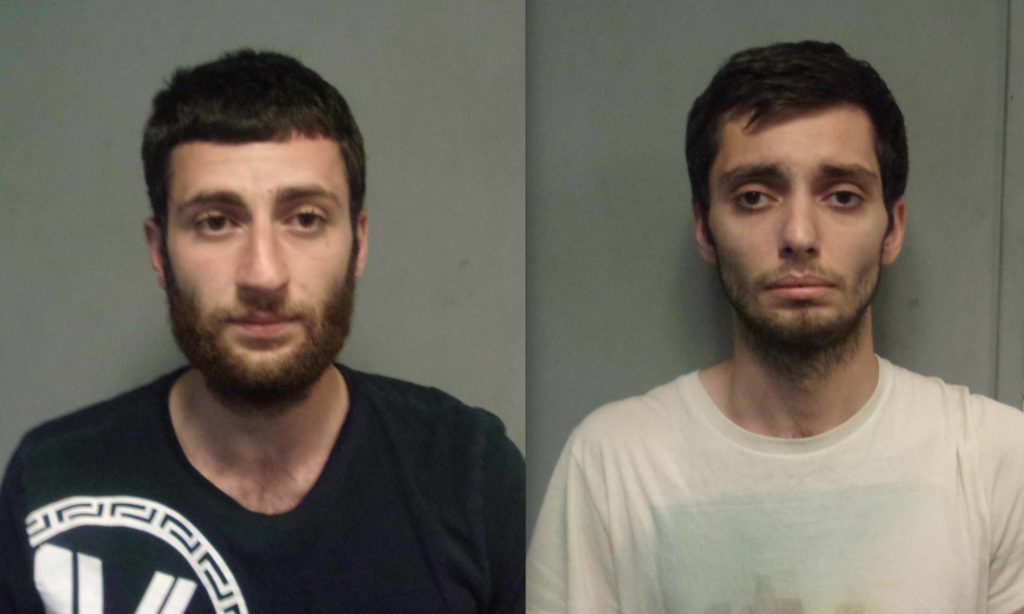 At  about 5:30 pm on May 3, 2016 Port Authority Police at the Holland Tunnel saw a Silver Infiniti sedan without a front plate enter the Holland Tunnel in jersey City. The uniformed Port Authority Officer stationed at the toll plaza pulled the vehicle over . It was found that the auto entered the tunnel without paying the toll. While interviewing the driver the officer detected the odor of marijuana emanating from the interior of the car.  A computer check showed the drivers license  was suspended  and the Infiniti was unregistered. On the vehicles back seat was a fraudulent Pennsylvania registration. Three small bags of alleged marijuana were found in the pocket  of the autos passenger. Both were arrested.