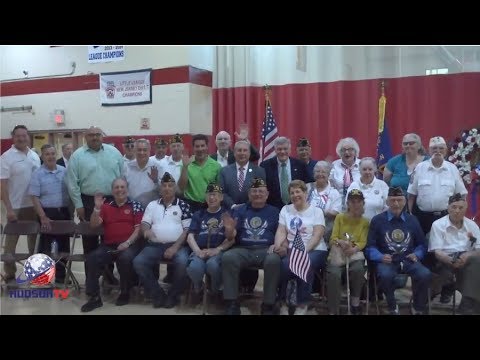 Students and families arrived at the Rec Center at 7 pm for the ceremony.

Mayor Sacco along with several commissioners spoke at the event and reminded us that Memorial Day is to honor and respect those who have died in active military service.

Veterans from the North Bergen Veterans Alliance and the American Legion attended the event as well.