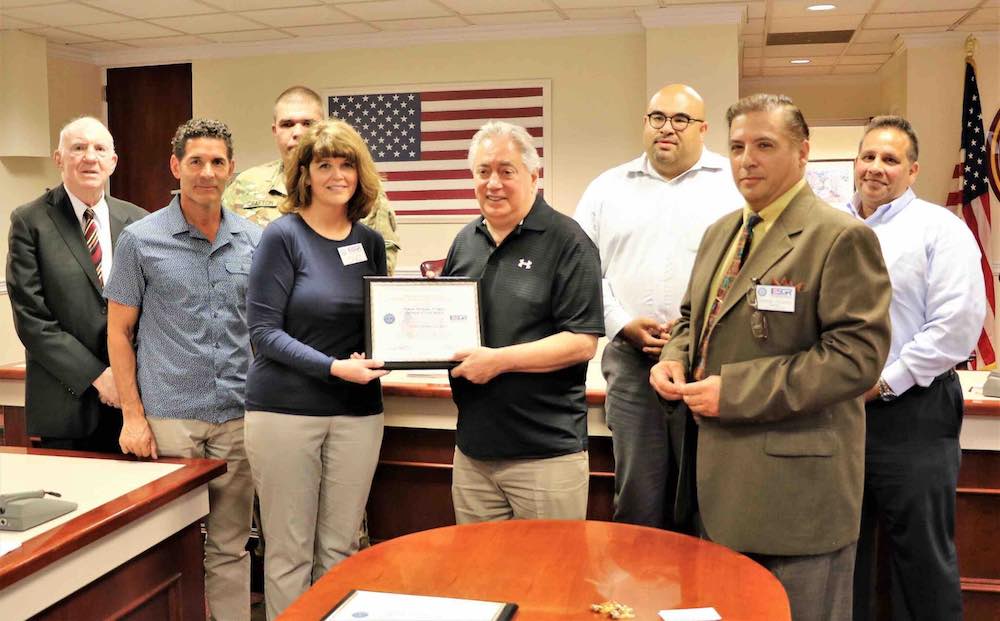 Representatives from the Employer Support of the Guard and Reserve (ESGR) attended the commission meeting on Wednesday, July 27 to present Patriot Awards to Mayor Nicholas Sacco, the Board of Commissioners, Chief Robert Dowd, and the senior command staff of the North Bergen Police Department.

Patriot Awards are given to employers “for contributing to national security and protecting liberty and freedom by supporting employee participation in America’s National Guard and Reserve Force.” The Patriot Award reflects support provided through various measures including flexible schedules, time off prior to and after deployment, caring for families, and granting leaves of absence if needed.

Recipients are nominated by employees serving in the National Guard or Reserve. National Guard Member Eric Crafton of the North Bergen PD submitted the nominations and after a highly detailed review process they were approved. At the commission meeting, Crafton expressed his gratitude for the ongoing support he and other guard members have received from the police and township.

ESGR, a Department of Defense program, was established in 1972 to promote cooperation and understanding between Reserve Component Service members and their civilian employers, and to assist in the resolution of conflicts arising from an employee’s military commitment.