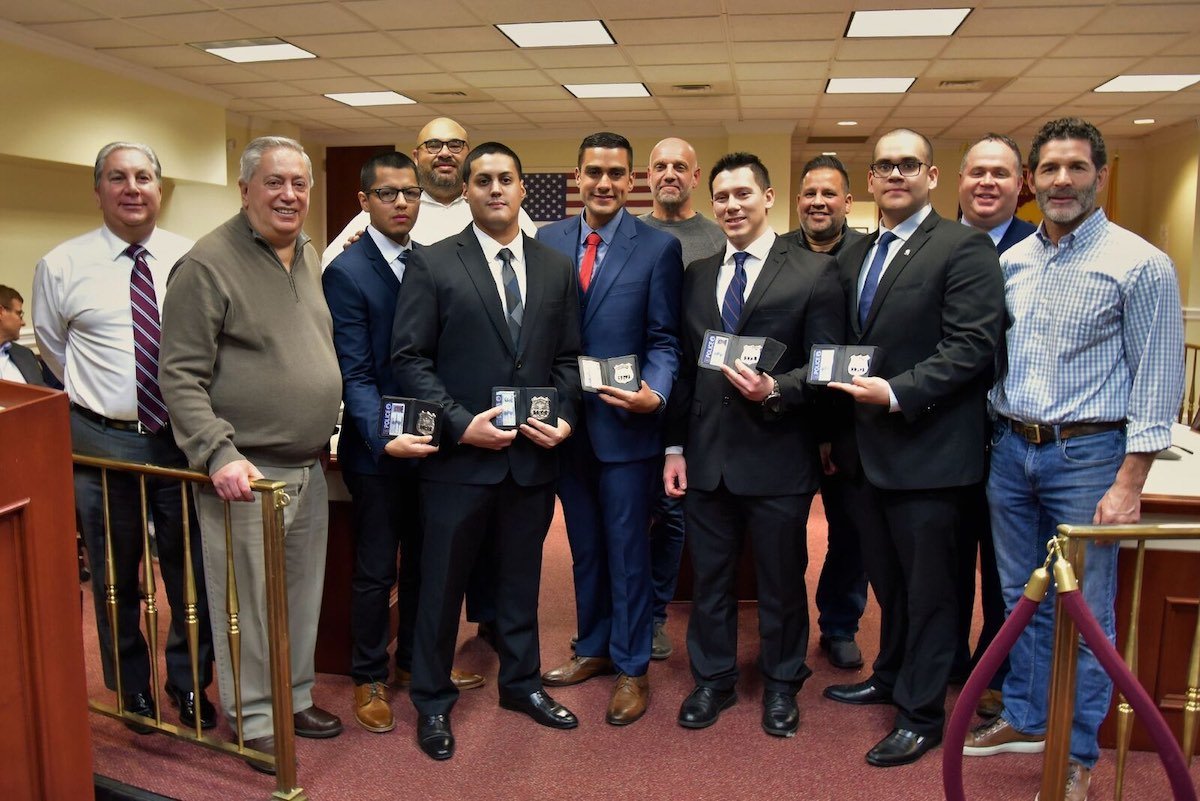 NORTH BERGEN, N.J. — Mayor Nick Sacco was the keynote speaker at the swearing-in ceremony for five new police officers at Borough Hall on Friday. The new officers are Christopher Arce, Erick Rodriguez, Jorge Palaguachi, Julio Noriega and Mayco Diaz.
Sacco detailed the great strides the police department has made since he first took office.
“Thirty years ago, we had only two police cars for 79 officers,” Mayor Sacco said. “If we’re going to keep our rating as the best in Hudson County, then we’re going to have to keep our department as strong as possible. This is what makes the community as strong as it is.”
Also on hand were Commissioner of Public Safety Allen Pascual, Chief of Police Robert Dowd, Deputy Chief Peter Fasilis, Revenue and Finance Commissioner Julio Marenco and Freeholder Anthony Vainieri.
“It’s great to see our police department continue to grow and the Mayor and Board of Commissioners are fully committed to keeping North Bergen safe by making sure our officers have the resources and manpower they need,” said Commissioner Pascual.
Chief Dowd spoke of Mayor Sacco’s dedication to the township, and in particular, the police department, and how he has worked to make the department more diverse and effective. NBPD is now at just under 60 percent Hispanic, mirroring the township’s population, and the department continues to become more diverse thanks to its resident-only hiring policy implemented by Mayor Sacco and the Board of Commissioners.
“With the Mayor’s guidance and leadership the North Bergen Police Department is among the most diverse in the state and it is a true reflection of the community we protect and serve,” said Chief Dowd. “I would like to thank Mayor Sacco, Commissioner Pascual and the entire township for their continued support for the North Bergen Police Department.”
The new officers begin the Bergen County Police Academy later this month and Chief Dowd spoke of his own experiences there 25 years ago, when addressing the families in attendance, and how home-cooked meals from his mother and his father taking his uniform to the dry cleaners meant all the difference in the world to him.
“They’re going to need your help,” Chief Dowd said. “They’re in for some long days and they are grueling. They’re going to need to lean on you.”