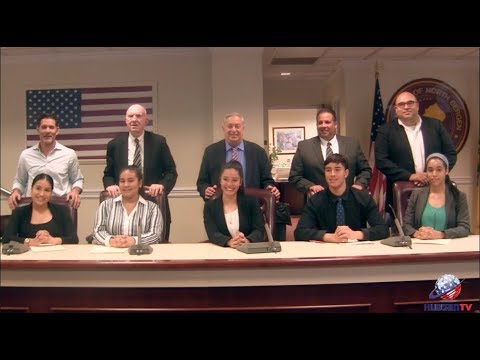 A group of North Bergen High School students celebrated Law Day by shadowing  town officials then taking on their roles, which included holding a mock commissioners meeting in Town Hall.

They’ve been doing this for years, since Mr. Sacco first became mayor.

“The students get to learn about the government, they get to meet us individually,” Sacco says.  “So it’s a really good program and I enjoy it very much every year I do it.”

And students acting as town residents weighed in on proposed resolutions.

What kind of effect did participating in Law Day have on the high school seniors?

Several say it changed their mindset about what they want to do with their future, such as law enforcement and criminal justice as careers.

The student’s day also consisted of spending time (in a good way) with the North Bergen Police.